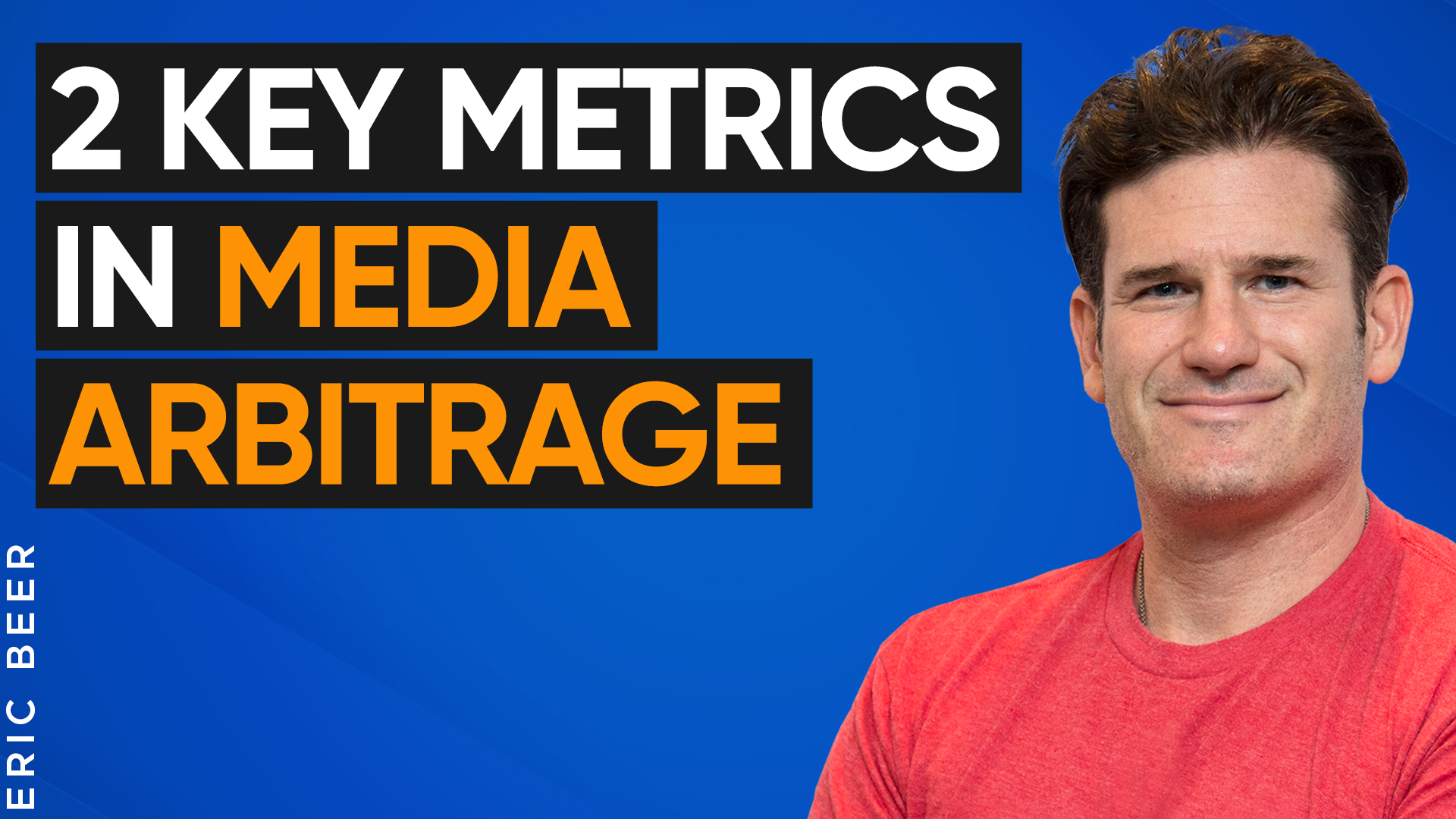 I’m still on a mission to obsess over the customer and make an impact on the lives of people who need help in this stuff. Last time we started talking about the process of evaluating media and determining if a specific media buying campaign works for us.

There was a lot of maths, and we’ll continue the calculations today. Well, it’s better to say that we’ll be playing with numbers to figure out what’s the most profitable for us. Don’t you roll your eyes – numbers tell us everything.

I just need several numbers to tell you what’s going on in a business – I don’t even need to look at its ad or landing page. And I want to teach you the power of data in a simplified way.

I could be diving into these things for days. But I’m trying to keep it simple and share the essence of the business – to filter what’s really important so you don’t have to waste time on the noise around the core metrics.

So, let’s dive into optimizing and scaling the business, some more mistakes people usually make when buying media, and a tip or two on how to take a calculated risk.

Well, you better stick around!

When talking about media buying last time, we had an example of a campaign with an amazing 90% net margin. (Check out the full episode or its blog.)

Although the super net margin seems like something you wouldn’t like to change, we said that if we increase volume, we could make more money with a lower margin (and make our publisher happier in the process).

And how do we scale the business? Like I said, numbers tell us everything. So, let’s play with numbers to see what could make sense for us to do.

These are the numbers we know:

The question is how to get more clicks if we can maintain the same quality of traffic (if click rates, conversion rates, backend conversion rates… remain constant). We take the media CPC allowable increase percentage and start playing in our Excel sheet.

However, we have to keep in mind that maybe it’s the maximum traffic we can get. In that case (if our traffic doesn’t increase), why would we pay more for the same amount of clicks? We already make a 90%.

But if there’s more traffic, we’re going to spend more money and get more clicks. So what does that look like?

So, how to figure out how much money we’re making at that point? (We’re assuming that everything’s gonna stay the same). We’ve said we’re making 18 cents per impression. This is the calculation:

Does this work for us?

So it doesn’t make sense to increase the click price if we won’t get a higher increase in traffic.

Now you can play with the numbers and increase the number of clicks to 20%, 30%, 40%… and calculate the rest of the parameters. I’ve done that already and found out that even a 50% increase doesn’t work for us.

We can conclude that the 600% bid increase doesn’t make sense for us. Then, let’s have a homework – try a 150% increase of the sum we’re ready to pay for a click with a 50% increase in traffic.

(Calculate the numbers yourself and then check the full episode to see if you are right.)

In this example, we only increase the percentage we’re willing to pay to get a click. As you see – these are just projections. We’re playing with various scenarios and asking “What if…” to figure out if our business is profitable or not. It’s math.

And math is everywhere – everything backs out the numbers.

The bottom line is we’re trying to make more money. Our goal is higher profit, not a higher margin or any other metrics. As long as we’re making more money, we don’t care if our net margin is lower.

But what if we pay to get a click more than we make per click? Does it make sense to pay $0.22 per click to get more traffic if we make $0.18 per impression? It seems obvious that this is a loser deal. But not necessarily!

If we find a way to make money on the backend, then it doesn’t matter if we lose some money in the process. This is another thing that people make a big mistake on – they give up such deals.

Let’s say you’re paying $0.22 a click and you drive traffic somewhere. (Actually, you’re trying to break even in this stage because if you can break even, you have backend things where you’re generating revenue.)

Spend More to Get a Way More

Let’s say it’s a survey funnel, and you lost money (in our scenario, you still make the $0.18 a click). So now you’re negative $0.04 on that trip. But you got the person into your database, which is the real value.

And on day #5, you decide to go and give them a higher offer. You want to try to ascend the potential buyers up the ladder. On that day, you may make $5 per person. (It’s an average cause someone might spend $50k, another person may spend $0.15).

How much have you spent in the same period? $0.22 per click

The bottom line is, that’s a killer business! And you’re making money in the backend.

So there are a lot of different things going on here. And I’m painting this picture for you. I hope you recognize the value I’m talking about. I encourage you to watch the full episode and the previous one as well.

I think you got to watch them multiple times and take notes.

See ya next time!