KBB Affiliate Insights Part 2: The Results, The Lessons and What Comes Next
16246
post-template-default,single,single-post,postid-16246,single-format-standard,bridge-core-2.9.8,qode-page-transition-enabled,ajax_fade,page_not_loaded,,hide_top_bar_on_mobile_header,qode-child-theme-ver-1.0.0,qode-theme-ver-28.8,qode-theme-bridge,qode_header_in_grid,wpb-js-composer js-comp-ver-6.7.0,vc_responsive

KBB Affiliate Insights Part 2: The Results, The Lessons and What Comes Next 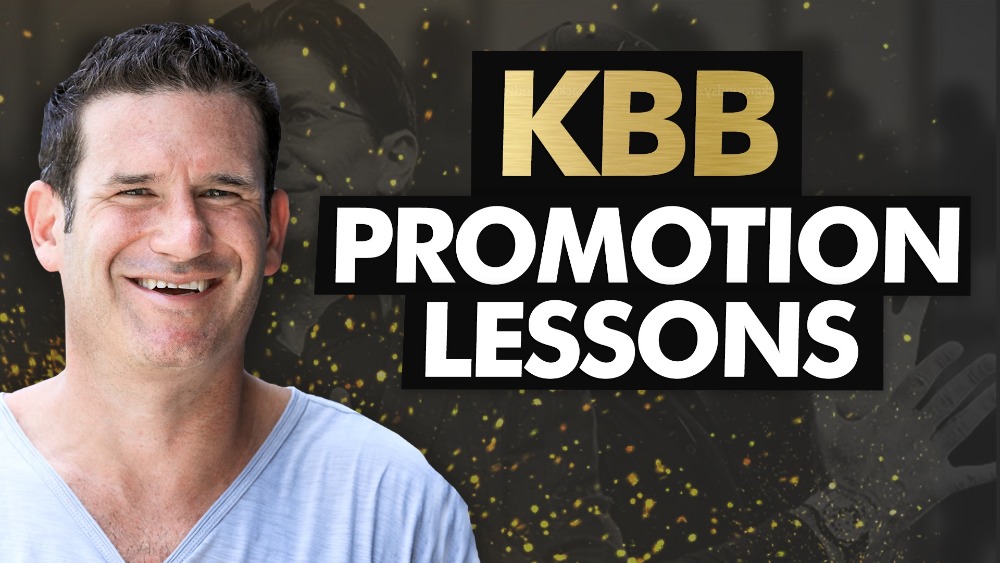 09 Apr KBB Affiliate Insights Part 2: The Results, The Lessons and What Comes Next

Welcome to part two of my Knowledge Broker Blueprint affiliate campaign breakdown. Last week, I went over the entire KBB promotion structure, and I dove deep into the way that I set-up my affiliate campaign. The previous episode covers everything that happened before the free livecast event with Dean Graziosi and Tony Robbins. If you missed it, I suggest you listen to that episode first, and you can do that here!

Today, I’m going to talk you through the rest of the campaign, meaning everything that happened from February 27th onward. Also, I’m going to share some of the key takeaways I got from this entire campaign, as well as hint at the projects that I’ll be turning to next.

This truly was an exceptional opportunity, and the experience I got from it will be priceless for my future projects. Primarily for my upcoming affiliate promotion of Russell Brunson’s Traffic Secrets book as well as the marketing campaign for my brand-new survey platform, SurveyDetective.

I hope my hour-long breakdown gave you some refreshing insights into the world of affiliate marketing. There are some very cool projects I have lined up shortly, and I’m going to share my thoughts and strategies over the following weeks.

It’s going to be a very exciting period. I’m really looking forward to it, and I hope you’ll come along for the ride.

The Final Stages of the Campaign and The Results

The big day finally came, and on the 27th of February, Dean Graziosi and Tony Robbins held a free 2-hour livecast training in which they revealed their Knowledge Broker Blueprint Course. They had a pretty good turn out, and everything was set for the next phase.

After the livecast, the application window for the KBB Course opened up and would remain open until March 9th. For the next two weeks, we worked on converting the leads we’ve acquired and get them to apply for the KBB course. The way we did that was through email sequences adapted for the four buying personas. I spoke at length about this part of the process in one of my past episodes, and if you’d like to learn more, check it out here.

The impulse buyers signed up for the course by the end of the opening night, and they accounted roughly for a third of the overall buyers. Over the following days, the messaging was adjusted to get conversions from other personas.

In days to come, we first sent a replay of the livecast for those who missed the live event. After that, we promoted Dean’s promotion breakdown video, where he answered FAQs to satisfy the logical buyers. Then we moved on to social proof videos, and as we got closer to the final two days of the offer, we started hitting the “11th-hour buyers.” Trying to leverage urgency and scarcity was a particularly exciting experience.

The Biggest Takeaway From the Whole KBB Promotion Campaign

The window officially closed, the affiliate campaign finished, and it was time to take a closer look at what was accomplished. And even though we’ve made a ton of sales, I didn’t hit all the goals I wanted.

They were pretty ambitious, to begin with, but I always supported the notion that success has to come from within. And if you don’t shoot for the stars, you’re never going to end up at the very top, no matter what you do.

“Externally, I didn’t hit my external goals… But internally, I feel great. I feel better than ever. I feel like I learned so much that I can take all this knowledge… And use this next time for my own products and if I promote others.” – Eric Beer

Why I Should’ve Used SurveyDetective on My KBB Leads

If I could do it all over again, I would’ve definitely used my SurveyDetective platform. I kind of got caught up with all the KBB stuff, and I felt that there just wasn’t enough time to do both. It was kind of overwhelming, but at least now, it’s going to be on the top of my list for future projects.

SurveyDetective would’ve helped me with segmentation, lead generation, and it would’ve been perfect for warming up cold leads. The good thing is that after everything with KBB, I’m confident I’ll have everything I need to promote my own platform.

Watching Tony and Dean in the build-up stages of their campaign has been invaluable. I intend to leverage everything I’ve acquired and learned from the KBB affiliate campaign and implement it for my Survey Detective launch. It’s going to be epic!

SurveyDetective will be launching in the third quarter of 2020.

Some of you may know that I am a part of Russell Brunson’s inner circle, and I pay good money to be there, too. Getting Russell’s latest book called Traffic Secrets ahead of schedule was one of the perks.

The book itself is incredible, by far the best thing I’ve read on traffic. But that’s not the only reason why I’m deciding to promote it.

Similarly to the KBB Course, it’s a fantastic opportunity for me to promote something I really believe in. What I intend to do is to build on what I already gained from the KBB experience. I’m going to nurture my list, acquire new leads, and I’ll do all of it using the power of Russell’s brand.

For now, I’ve set up a funnel page at ericbeer.com/tsbonus, but I’m going to adjust my approach a little. I’m not going to prioritize minimizing drop-offs by taking people directly to Russell’s page. Instead, I’m going to focus on getting warmer, and higher quality leads, so I could create a list of leads who know me or who have at least heard of me. I want to build meaningful connections with my audience, which is something that will go a long way in helping me create future win-win scenarios.

If you’d like to get Russel Brunson’s latest book along with my $23,079 in bonuses, make sure you sign up through the link below!

Thanks for tuning in and make sure you stick around for some more awesome affiliate insights.

0:00
We still did well, this was great. You know, I saw a lot of good things from it, I feel better than ever. You know, it's like we talked about this transformation. Externally, I didn't hit my external goals. So technically I failed. But internally, I feel great. I feel better than ever. I feel like I learned so much that I can take all this knowledge that I learned and use this next time for my own products and if I promote others.

0:26
I spent the last 17 years building my 8-figure performance business without using any of my own money, working with some of the most brilliant direct response marketers in the world today. Now I'm looking for entrepreneurs to join my affiliate army, built on ethics, transparency, good old hard work. Join me to change the perception of how people view the greatest business in the world, affiliate marketing, and follow along, as I learn, apply and share performance marketing strategies for working with some of the brightest people on the planet. My name is Eric Beer, and welcome to the Performance Marketer Podcast.

33:02
Would you like to learn how I built my business using other people's money? If so, then go join my 21-day challenge at performancemarketersecrets.com. I look forward to meeting you and welcome you into my family. And remember, results don't lie, but the people who don't have any tier. Thanks for listening.