The Secret Framework To Creating The Perfect Email Sequence 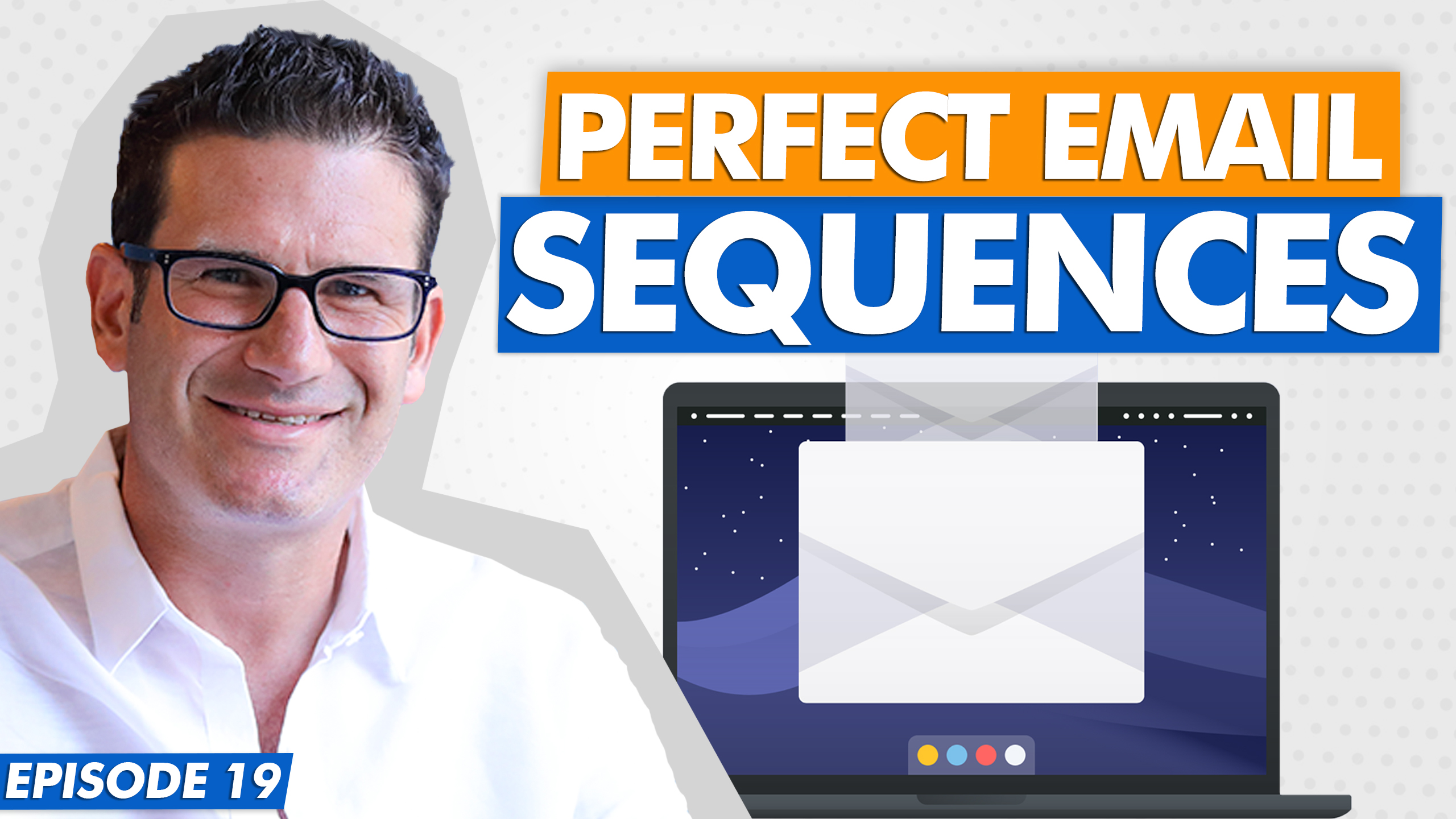 12 Mar The Secret Framework To Creating The Perfect Email Sequence

For this episode of the Performance Marketer Podcast, I revisited another one of my private masterclasses, included in my challenge, “One Affiliate Offer”. And this week’s topic is all about creating the perfect email sequence that will allow you to convert leads into customers.

The techniques I’m going to share with you today played a huge role in my success and helped me build my performance marketing empire.

This episode is a little more on the technical side so I advise you to listen to it multiple times and take notes. If you’re really serious about excelling in the world of performance marketing, you have to start absorbing this type of content.

Our previous episodes focused on the secrets and tips for creating traffic and acquiring leads. Today, we’re going to go a step further and I’ll explore some of the top techniques for selling any type of service or product via email. Stick around, I guarantee it’ll be worth your while.

About a month ago on the podcast, I talked about the 3 fundamental types of traffic. And if you listened to this episode, you may remember that the key message from that session. In order to make the big bucks, you need to be able to more than simply control traffic – you need to create it.

Everything that I’ve talked about in recent episodes was pointed towards one simple goal – acquiring leads and creating your list. And if you were able to do that, you’re in a unique situation of power. Because not only are you now able to create traffic by reaching out to your leads via email, you’re also able to control every aspect of that message in order to optimize your conversion. It’s a good situation to be in and you have to leverage your position wisely.

At your disposal, you have the tools that allow you to collect data concerning the behavior of people who have agreed to join your email list. One of the ways you can use this to your advantage is to set up specific email sequences that get triggered each time a person shows an interest in a particular section of your offer.

In the next section, I’m going to go over one of the most popular email sequence techniques, commonly known as the Soap Opera Sequence.

How to Create a Soap Opera Sequence

The main goal of a Soap Opera Sequence is to create trust and build rapport with your users. Unlike the Seinfeld email, which is a one-off story you send along with a clear call-to-action and the idea of converting right away, the Soap Opera sequence places an emphasis on engaging the reader and creating an emotional connection.

The sequence itself is made by breaking down a long and engaging story into shorter sections. And much like in television soap operas, each of these sections will end on a cliffhanger, which will hopefully get your leads hooked on the story, desperate to find out what happens next.

“You’re always setting the stage with some sort of hook and the story that you’re going to talk about.” – Eric Beer

You can base the theme of your Soap Opera Sequence on many different topics. Thes simplest approach would be to tell your own story but if you’re determined to keep yourself out of your content, there are ways around that too. The crucial part is that you leave teasers at the end of each email and create a mystery that will be resolved in the next one.

The last email culminates around a clear call-to-action that is meant to reap the rewards of all of your efforts up until that moment. In the end, people who went through the entire sequence will be heavily invested in the story making them quality leads and prime targets for making a sale.

The 4 Types of Customer Personas to Target With Email Marketing

Another approach to keep in mind when creating email sequences is to look at your audience in terms of 4 types of customer personas.

The Impulse Buyer is always keeping one hand on their wallet. When speaking to this type of customer persona, you need to hype up your offer in any way that you can. Make them believe that they’re getting a great deal. The most common method is to simply offer what you’re selling at a significantly reduced price. You’re also going to need a rational excuse that explains the price difference, in a way that doesn’t take reduce the perceived quality of your offer.

Some people are willing to spend a lot of time and energy to make sure they’re getting a good deal and find something that fits their needs just right. Usually, people do all kinds of research because they have all sorts of disbeliefs. Your job here is to provide them with information that would debunk their objections and ease their concerns.

Even if you’re able to provide the necessary answers to all potential objections a person might have about your offer, some people still need to see definitive proof that what you’re trying to sell is working. And even though this may seem like a really tough challenge, there’s a pretty nifty solution for it – testimonials. Success stories and caste studies are the way to go on this one.

This persona is a variation of an impulse buyer but they are specifically triggered by scarcity and the fear of missing out. When talking to FOMO buyers, your message should always include that the offer is limited in some shape or form usually. The two best-known tactics revolve around the shortage of time (“Only 24 hours to go!”) and supply (“Just 2 spots left!”).

Next week on the Performance Marketer Podcast, I’m going to present you with a case study of a survey I did on sustainable marriage. Make sure you tune in because we’re going to explore the practical side of everything that we discussed today. I’ve talked about the power of surveys a few times on our podcast and I’d like to remind you all that my brand-new platform called SurveyDetective is nearing its official launch!

If you’d like to have the opportunity to check it out a little earlier and see what it’s all about before everybody else, you can request an invite through our website.

I can’t wait to share it with you. It’s going to be epic!

0:18
I spent the last 17 years building my eight-figure performance business without using any of my own money, working with some of the most brilliant direct response marketers in the world today. Now I'm looking for entrepreneurs to join my affiliate army, built on ethics, transparency, good old hard work. Join me to change the perception of how people view the greatest business in the world, affiliate marketing, and follow along, as I learn, apply and share performance marketing strategies, working with some of the brightest people on the planet. My name is Eric Beer, and welcome to the Performance Marketer Podcast.

23:54
Would you like to learn how I built my business using other people's money? If so, go join my 21-day challenge at performancemarketerssecrets.com. I look forward to meeting you and welcome you into my family. And remember, results don't lie, but the people who don't have any tier. Thanks for listening.