You Don’t Have To Be A Marketing Math Genius With This Simple Tool
16285
post-template-default,single,single-post,postid-16285,single-format-standard,bridge-core-2.9.8,qode-page-transition-enabled,ajax_fade,page_not_loaded,,hide_top_bar_on_mobile_header,qode-child-theme-ver-1.0.0,qode-theme-ver-28.8,qode-theme-bridge,qode_header_in_grid,wpb-js-composer js-comp-ver-6.7.0,vc_responsive 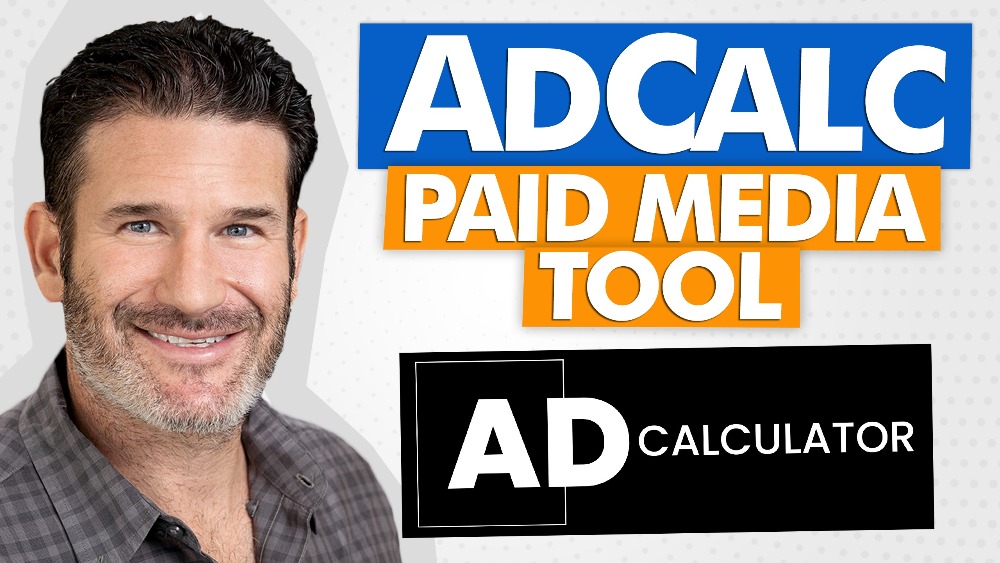 Today, I’m going to share something very special. It’s a project we’ve been working on for a long time, and it was created with the sole purpose of helping you bring Performance into Performance Marketing. I’m talking about the brand-new tool called AdCalc.

Now, I often hear that people find themselves driven out of many lucrative fields purely because they don’t like maths. And even though I understand that some might not enjoy it as much as myself, it’s not a good enough reason to prevent you from achieving something great.

The tool we’ve built is simple, easy-to-use, and it will help you optimize all of your media buying strategies. So for today’s episode of the Performance Marketer Podcast, I’ve created a detailed breakdown of the software, full of relevant, field-related examples that will show you exactly why it’s so awesome.

I have also prepared a unique offer for the loyal members of the Performance Marketer Nation. Typically, the subscription for AdCalc costs $47 per month. However, I’ve set up a special offer on my website that provides you with a 60-day trial to the platform, for only $7. Sign up using the link below!

How to Optimize Your Media Buys With AdCalc

The whole purpose of performance marketing is to get the most amount of value for every single dollar that you spend. If you’re working on a campaign, you need to know exactly how much you’re getting in return.

“Knowing your numbers can allow you to optimize your media buys.” – Eric Beer

When you’re purchasing media campaigns, there is a number of essential metrics that you need to keep track of so that you’ll be able to optimize your investments. With AdCalc, we’ve put them all into a single platform and created a setting where you can quickly figure out precisely how much money you need to spend to make your campaign profitable.

By selecting a type of media buy and adjusting your estimates regarding your media budget, target margin, prices of each offer, and the expected conversion rates, you can now create different scenarios. Depending on what your goal is, you’ll be able to strategize which parameters will provide you with the highest possible value for each buck that you are willing to invest.

How Intent Affects Lead Quality (And Your Media Buying Strategy)

If you take the lessons from our previous episodes and apply them to this tool, you should be able to feel the benefits immediately. One of the most important things you need to is to understand where your traffic is coming from.

We’ve talked a lot about intent on the Performance Marketer Podcast and how it can affect lead quality. If you can categorize the clicks you’re getting and classify them in terms of higher or lower quality, you’ll be able to make more accurate predictions in terms of conversions. Subsequently, it will also help you determine the right price for that particular type of click.

I’ve said it before, and I’ll say it again – cash flow is king. Creating cash flow allows you to step into a new domain of financial freedom. You can use that money to grow your business further and build your empire.

AdCalc will help you generate cash flow because it assists you in building profitable programs that will bring you traffic all over the internet. It doesn’t matter if you’re buying media on a CPM, CPC, CPL, or a CPS – it’s all built into the software!

Once you’re able to set up a model that works, you become unstoppable. Because now, with every penny you spend, you’re guaranteed to make money off of it. The more money you pump into your program, the more you’re going to make.

“Your budget is unlimited IF you can buy media the right way.” – Eric Beer

You’ll need to keep track of the numbers to make sure they stay the same, but as long as that’s the case, you’re always going to come out on top.

Winning the cash flow game is the end goal here, and AdCalc will help you get there.

Once again, our offer is live as of today. Usually, the subscription for AdCalc costs $47 per month. By clicking on a link below, you’ll unlock a unique offer that provides you with a 60-day trial to the platform, for only $7.

Be sure to check out today’s episode for more info, and if you’d like me to test out any particular model on the show, let me know in the comments!

0:00
Knowing your numbers can allow you to optimize your media buys. Because normally you would have just shut that media off because you're like, "Ah, this money ain't working." One, you're going to make money because you're building your list. But two is, now you can look and your first thing without making any changes to the ad, to the funnels to the price points... No changes! You're just taking that and changing what you're going to spend on a Cost Per Click.

I spent the last 17 years building my eight-figure performance business without using any of my own money, working with some of the most brilliant direct response marketers in the world today. Now I'm looking for entrepreneurs to join my affiliate army, built on ethics, transparency, good old hard work. Join me to change the perception of how people view the greatest business in the world, affiliate marketing, and follow along as I learn, apply and share performance marketing strategies working with some of the brightest people on the planet. My name is Eric Beer, and welcome to the Performance Marketer Podcast.

What's up Performance Marketers? How you doing? Today I want to talk to you guys about how to buy media and what I'm going to do is I'm going to walk through the steps, and the numbers showing you exactly how to buy media with a free plus shipping model. I get a lot of questions on what can I pay per lead? What's going on with the clicks? What's going on... How many impressions? So what I'm going to do today is I'm going to walk you through a tool that I'm building, and it's called AdCalc. And what this does is it shows you how to be able to buy media with a certain budget and you decide what margin you want to work on. Based off of that, you're going to then put your numbers into the platform into this ad calculator. We call it AdCalc, adcalc.io is the site. And if you listen, by the way, for this entire episode at the end, I will give you something that will allow you to get this for considerably cheaper than what we're selling it for now. And I'll tell you that at the end. But so, right now, what people are doing is they're buying media, but they're not knowing their numbers. And if you don't know your numbers, then you can't scale. You need to understand when you're buying media, by every source, what is happening. When you buy a click, you need to understand what are you paying for what are you generating in revenue per click? What are you generating in a revenue per thousand, revenue per lead, revenue per sale? And then hypothetically, if you want to work on 30% gross margins, well then what can you afford on a cost per thousand on a cost per click on a cost per lead and a cost per sale. And what this tool does is it calculates all of that for you. So I'm going to show you exactly how this is done. First, I wanted to show you this is the landing page. This was something that we talked about.

Would you like to learn how I built my business using other people's money? If so, go join my-21 day challenge at performancemarketersecrets.com. I look forward to meeting you and welcoming you into my family. And remember, results don't lie, but the people who don't have any tier. Thanks for listening