Why My Perfect Survey Method Works In ANY Industry… And Why BILLION-dollar Businesses Use It Too!
16553
post-template-default,single,single-post,postid-16553,single-format-standard,bridge-core-2.9.8,qode-page-transition-enabled,ajax_fade,page_not_loaded,,hide_top_bar_on_mobile_header,qode-child-theme-ver-1.0.0,qode-theme-ver-28.8,qode-theme-bridge,qode_header_in_grid,wpb-js-composer js-comp-ver-6.7.0,vc_responsive

Why My Perfect Survey Method Works In ANY Industry… And Why BILLION-dollar Businesses Use It Too! 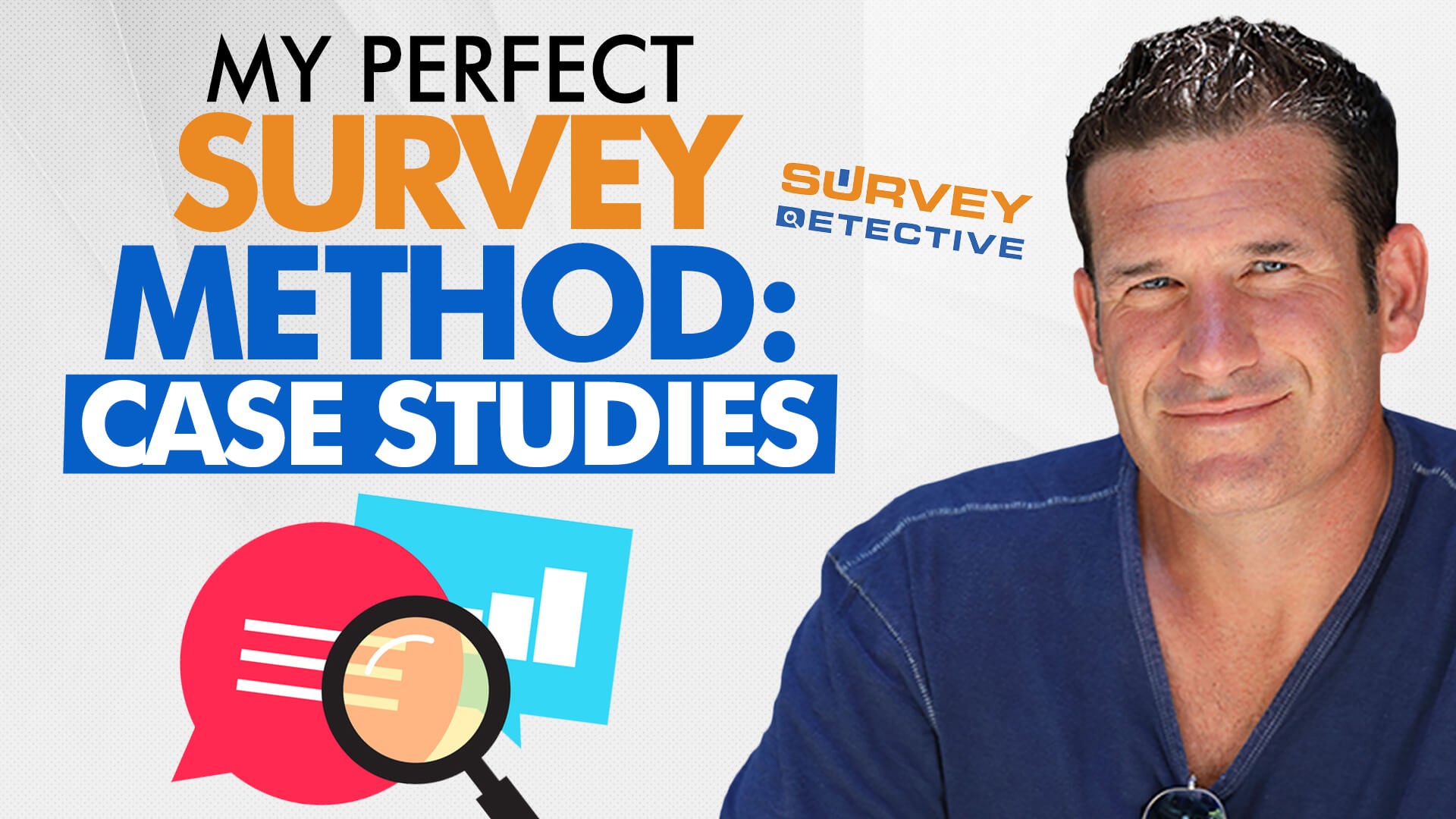 11 Feb Why My Perfect Survey Method Works In ANY Industry… And Why BILLION-dollar Businesses Use It Too!

Now that you know all about my Perfect Survey Method, I want to show you some real-world examples!

Here’s what you need to know. These five steps for building the perfect survey will work for ANY business, in ANY industry, selling to ANY niche.

I’ve done lead generation for every type of business you can imagine – and I ALWAYS got results.

Today, I will dive into how some well-known companies use this same method and provide a complete breakdown of their survey lead generation process.

These are billion-dollar companies we’re talking about! And I’m not using anything confidential here – you can go to their website right away, take their survey and see for yourself.

I went through their survey funnels, reverse-engineered them, and I’m going to explain how they work.

And if you have any questions after watching or listening to the show, please feel free to reach out. I’m always there for my Performance Marketers!

How Does Warby Parker Rely On the Perfect Survey Method to Run Billion-Dollar Business?

My son wanted to get a pair of glasses, so we recently did some online shopping together. We decided to check out Warby Parker, a very well-known American online retailer of prescription glasses and sunglasses.

Warby Parker is a billion-dollar company. When it comes to selling – they know their stuff. So for me, I was really looking forward to analyzing their customer journey while simultaneously going through it.

Right from the get-go, one of the first things you see on the home page is they offer you to take a quick quiz that will help you find the right frames.

It is a quick, 8-step quiz taking you through some key segmentation questions.

The very first question is about whether you’d like to look at men’s or women’s eyewear. Its function is pretty apparent – it helps segment their audience by gender.

The second question is closely related to the field they’re in. On the screen, you can see three types of faces, classified as “Narrow”, “Medium”, and “Wide”. The logic behind it is that some frames go better with certain facial features, so this turns out to be a precious bit of information.

The following few questions were about the preferred shape, color, and material of the glasses.

There’s also a question that asks when your last eye exam was. Now, these types of questions are often considered quite personal. I’m assuming that’s why they also allowed an option for you to skip the question, to reduce the drop-off rate. And if I had to bet, I’m pretty sure this is the kind of question most people skip.

All of these questions are designed to segment the audience member who’s taking the quiz. The combined outcome of these answers will determine the category for each quiz-taker and present them with an outcome optimized to their needs. In this case, a selection of frames they’re most likely to like and purchase.

But to me, the last question was particularly interesting. Right at the very end, they ask you if you’d like to look at some sunglass frames as well. It’s a subtle nudge for all potential customers to consider a range of products they probably weren’t even thinking about initially.

I’m sure that a solid percentage of people do, in fact, choose to browse through sunglasses as well, which probably leads to a significant amount of additional sales over time.

There are probably very few people who’d buy a glasses frame without trying them on first.

And since the COVID outbreak has made going to the store very complicated, the people at Warby Parker came up with a brilliant solution.

They’re offering to send their potential customers five frames for free, so they can try them on before buying. Once they’re done, they just put the frames back in the mailbox, and the mailman takes care of the rest.

This makes the whole experience very convenient for the customer. To them, it solves their problem perfectly and removes the risk from the equation. Because it’s such a great solution, people are very open to giving up their information, which makes this an amazing deal for Warby Parker.

Even though they’re taking on shipping costs, they’re getting precious data in return. And they can now leverage that data to create future traffic at their own terms. They’ve gathered a huge number of quality leads for them to nurture and send offers too directly, without having to pay for advertising.

It’s a billion-dollar business, guys! Like I said – they’re not messing around.

Make sure you watch the full episode to get more examples of the perfect survey method in action!

If you want more cool content about the power of generating leads with surveys, make sure to sign up for my SurveyDetective VIP waitlist!

Be sure to join us next week for an all-new episode of the Performance Marketer Podcast!

0:00
This is my framework, a five-step framework to create a perfect survey that will be able to help you go out to the market and get high-quality cold leads. Somebody that is waking up and has no idea about you today. Okay? You're gonna be able to attract them, you're gonna be able to identify which one belongs in each segment so that you can create custom targeted messaging so that your brand, your product, your service, is positioned in a way that makes the customer feel like you created a specific product or service that is designed to help that segment with their specific problem. These are the five things that you want to do. Okay? And I'm gonna give you now, some examples!

I spent the last 17 years building my eight-figure performance business without using any of my own money, working with some of the most brilliant direct response marketers in the world today. Now, I'm looking for entrepreneurs to join my affiliate army, built on ethics, transparency, and good old hard work. Join me to change the perception of how people view the greatest business in the world, affiliate marketing, and follow along, as I learn, apply, and share performance marketing strategies, working with some of the brightest people on the planet. My name is Eric Beer, and welcome to the Performance Marketer Podcast.

Would you like to learn how I built my business using other people's money? If so, then go join my 21-day challenge at performancemarketersecrets.com. I look forward to meeting you and welcoming you into my family. And remember, results don't lie with the people who don't have any tier. Thanks for listening.