Top 7 Reasons Why Surveys Are So Effective
16487
post-template-default,single,single-post,postid-16487,single-format-standard,bridge-core-2.9.8,qode-page-transition-enabled,ajax_fade,page_not_loaded,,hide_top_bar_on_mobile_header,qode-child-theme-ver-1.0.0,qode-theme-ver-28.8,qode-theme-bridge,qode_header_in_grid,wpb-js-composer js-comp-ver-6.7.0,vc_responsive

Top 7 Reasons Why Surveys Are So Effective 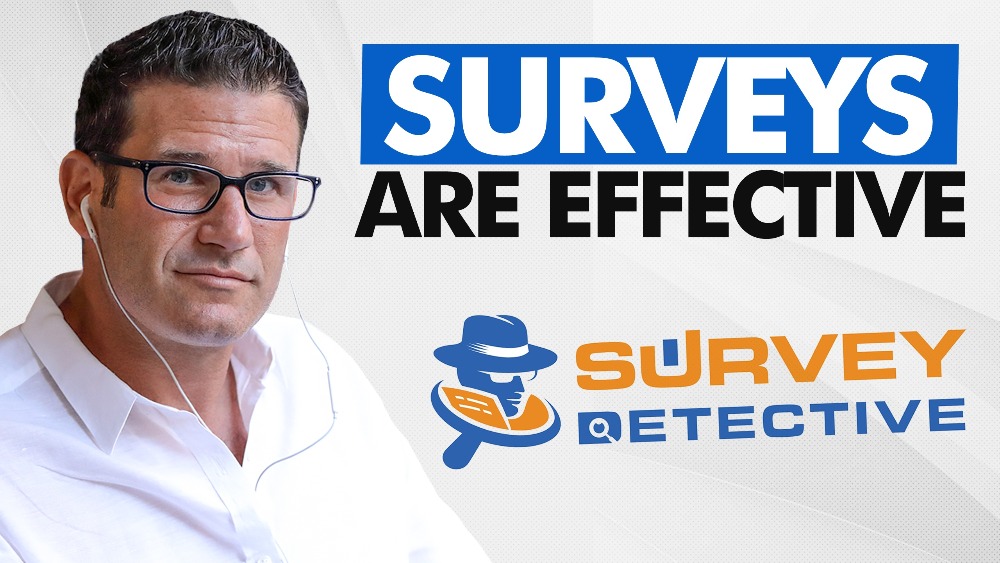 15 Oct Top 7 Reasons Why Surveys Are So Effective

Surveys are an incredibly powerful marketing tool because of this one crucial thing – they take the guesswork out of the equation.

Many people make the mistake of crafting their offer on what they THINK people want, instead of what people ACTUALLY want.

If you want to know something about your audience – ask them. Gathering insights by surveying your die-hard fans will make all the difference in the world for your campaign.

But that’s not all surveys have to offer! They are also fantastic for generating leads, and people often overlook this.

Just by structuring your surveys the right way, you’ll be able to revolutionize your lead generation process.

Yes, surveys genuinely are amazing, and today, I’m going to talk about the top 7 reasons why they’re so effective.

Stick around – you’re in for a treat!

Audience segmentation is a process of grouping people by their characteristics, which allows you to optimize your conversions.

Within your audience, you’ll find there is a ton of variation in terms of demographics, behavior, values, interests, challenges, and so on.

By grouping people together based on these characteristics, you’re able to match a unique message for each of these segments and get better results.

Surveys promise self-discovery, which is what makes them incredibly engaging.

Quizzes with topics such as “Who’s your celebrity soul mate?” or “Which Avengers character are you?” aren’t going viral by chance. The fun comes from learning something new about yourself.

The quality of your leads is much better, the process is less invasive because you’re selling on the back-end, and you can overcome the pesky ad limitations set by platforms like Facebook and Google.

Your overall business is going to get an incredible boost purely from the fact that you’ll now be getting a lot more leads for the same amount of money.

“The hardest part is getting them to start. Once they start, then typically the completion rate – 90% or higher.” – Eric Beer

Usually, once people start answering questions, they get hooked and finish the survey.

The inherent structure of surveys is intriguing by nature. All you need to do is to grab people’s attention and get them through the door.

With surveys, people are self-declaring information, which means you’re getting direct, relevant answers. You can now use what you’ve learned to optimize your messages, all the while knowing it will work.

No more worrying about what they might do or might think – you’re getting answers straight from the source!

Retargeting with surveys is not dependent on getting people’s email.

You can create retargeting campaigns within Facebook based on each individual answer without ever capturing an email address.

Anyone who’s ever bought media on Facebook knows how huge of a game-changer this is.

7. The Start of the Buyers Journey

As people answer questions about themselves, the whole thing starts to gain momentum. They’re self-declaring information, which makes them personally invested, while also learning about you and what makes you’re an authority on the subject.

And with that crucial step of you providing them with the results, the relationship has already progressed to a point where you can sell them. Because at this point, they already trust you.

There it is, folks! The ultimate seven reasons for you to add surveys to your marketing toolbox ASAP!

A quick reminder to sign up for my VIP waitlist to get updates about the SurveyDetective platform, my Performance Marketer Group and all sorts of cool additional content.

Thanks for tuning in! See you next week!

0:00
What surveys do is, it creates momentum, it gets them clicking, and it gets them invested. And when they're telling you things about who they are, they're also learning about who you are, and why you're an authority. And by you now, giving them the result, then now you can sell them in a way that they'll trust you.

I spent the last 17 years building my eight-figure performance business without using any of my own money, working with some of the most brilliant direct response marketers in the world today. Now, I'm looking for entrepreneurs to join my affiliate army, built on ethics, transparency, and good old hard work. Join me to change the perception of how people view the greatest business in the world, affiliate marketing, and follow along, as I learn, apply, and share performance marketing strategies for working with some of the brightest people on the planet. My name is Eric Beer, and welcome to the Performance Marketer Podcast.

Would you like to learn how I built my business using other people's money? If so, then go join my 21-day challenge at performancemarketerssecrets.com. I look forward to meeting you and welcome you into my family. And remember, results don't lie but the people who don't have any tier. Thanks for listening.