The #1 Most Important Thing In Any Business You Should Know
16484
post-template-default,single,single-post,postid-16484,single-format-standard,bridge-core-2.9.8,qode-page-transition-enabled,ajax_fade,page_not_loaded,,hide_top_bar_on_mobile_header,qode-child-theme-ver-1.0.0,qode-theme-ver-28.8,qode-theme-bridge,qode_header_in_grid,wpb-js-composer js-comp-ver-6.7.0,vc_responsive

The #1 Most Important Thing In Any Business You Should Know 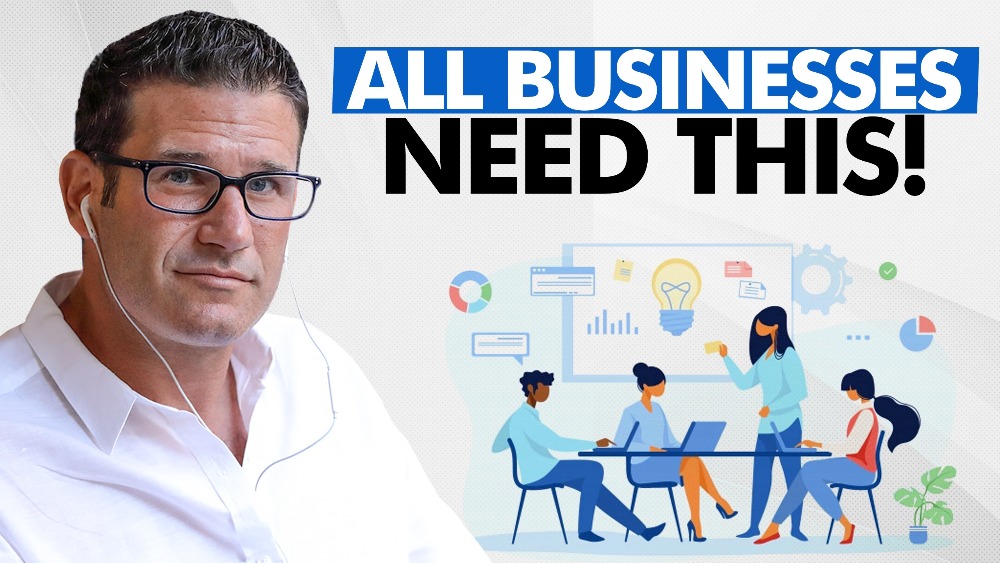 Do you know why so many businesses struggle to get new customers? It’s because they have no clue who they’re talking to!

When selling a product or a service, the first step should always be the same – create an ideal customer profile. Even today, I’m still baffled by the fact that so many people think they can grow their business without it.

Creating a customer avatar is essential because it’s fundamental to your marketing strategy. Learning about your audience’s characteristics allows you to connect with them.

Their desires, challenges, interests, objections, behavior… All of this will enable you to improve your message, write better ad copy, and create content they’re ACTUALLY interested in.

And here’s something people often overlook. You can ALWAYS go back to your ideal customer profile and develop it further.

For this week’s episode, I’ll show you how I create and optimize my customer avatars.

It’s helped me optimize my sales every single time, and I’m 100% sure it will help you do the same.

Are you ready? Let’s get to work!

Why Is Having an Ideal Customer Profile Crucial for Your Business?

Understanding how your ideal customers think and behave gives you a remarkable advantage. You’re not just gaining a head start when building a relationship with your audience, but also a valuable direction for your entire marketing strategy.

We can break down what’s happening here.

You’re selling a solution to a group of people that needs it and shares specific characteristics.

Figuring out what those characteristics are will help you craft a message that resonates with your audience, and ultimately, it will give you the best shot at turning them into customers.

Developing the profile of your ideal customer is a never-ending process. There’s always something you can tweak, revise, or embellish about your avatar that will give your marketing efforts a substantial boost.

“You should always be updating your avatar.” – Eric Beer

How to Build Your Ideal Customer Profile

The best way to learn about your audience is by engaging them directly and asking them about the stuff you’d like to know about.

Surveys are a game-changer when it comes to building an ideal customer profile. And just wait until my SurveyDetective platform launch – it’s going to redefine the way we do surveys!

Here, I’m going to share my approach and go over the key points I search for when surveying my audience.

The best way to get started is to gather some basic demographics of your audience. Typically, you’re going for age, gender, marital status, or any kind of demographic information that can help you closer define your ideal customer.

When you have enough information that you’re able to visualize your avatar, make sure you give it a name. It will help you combine insightful data about your audience into a specific prototype of your ideal customer.

By building out this very particular profile, you can now better understand your audience, envision your offer through their eyes and make educated guesses about their reactions. Later on, you can also test those predictions and improve your avatar.

Other Useful Types of Information for Creating an Ideal Customer Profile

The closer you get to identifying the needs of your ideal customers, the better you’ll be at crafting a message that resonates with them.

People’s desires are a powerful motivator, and if you can address them specifically and directly, there’s a much better chance you’ll gain their attention.

Recognize the most common obstacles people encounter when considering your offer.

Knowing about why some people are hesitant to buy from you allows you to get ahead of the game. You can now prepare arguments and evidence that disprove every single one of their potential objections, fears, pain points, or challenges.

People build relationships on shared values. If you want your audience to trust you, you need to make sure you’re addressing them and acting accordingly.

Interests are another great way to get closer to your audience. You can use it to either perk up your copy or even add cool perks to embellish your offer.

For instance, in the latest Traffic Secrets book, Russell Brunson uses references from the latest Avengers movie to bring his marketing theory closer to his readers. It’s all about taking that extra mile and creating an even better experience for your customers.

I hope this episode inspires you to learn more about your customers and improve your avatars!

A quick reminder to sign up for my VIP waitlist to get updates about the SurveyDetective platform, my Performance Marketer Group and all sorts of cool additional content.

Thanks for tuning in! See you next week!

0:00
What's up, what's up Performance Marketers. How are you doing today? Today we're going to talk about something that has been coming up a bunch as I'm working with people. And it is the most important thing that you need to know when you are starting any business, or you're in a business and you're struggling to get sales. So stick around and I will tell you what that is in a few seconds after this intro.

I spent the last 17 years building my eight-figure performance business without using any of my own money, working with some of the most brilliant direct response marketers in the world today. Now I'm looking for entrepreneurs to join my affiliate army, built on ethics, transparency, and good old hard work. Join me to change the perception of how people view the greatest business in the world, affiliate marketing, and follow along, as I learn, apply, and share performance marketing strategies for working with some of the brightest people on the planet. My name is Eric Beer, and welcome to the Performance Marketer Podcast.