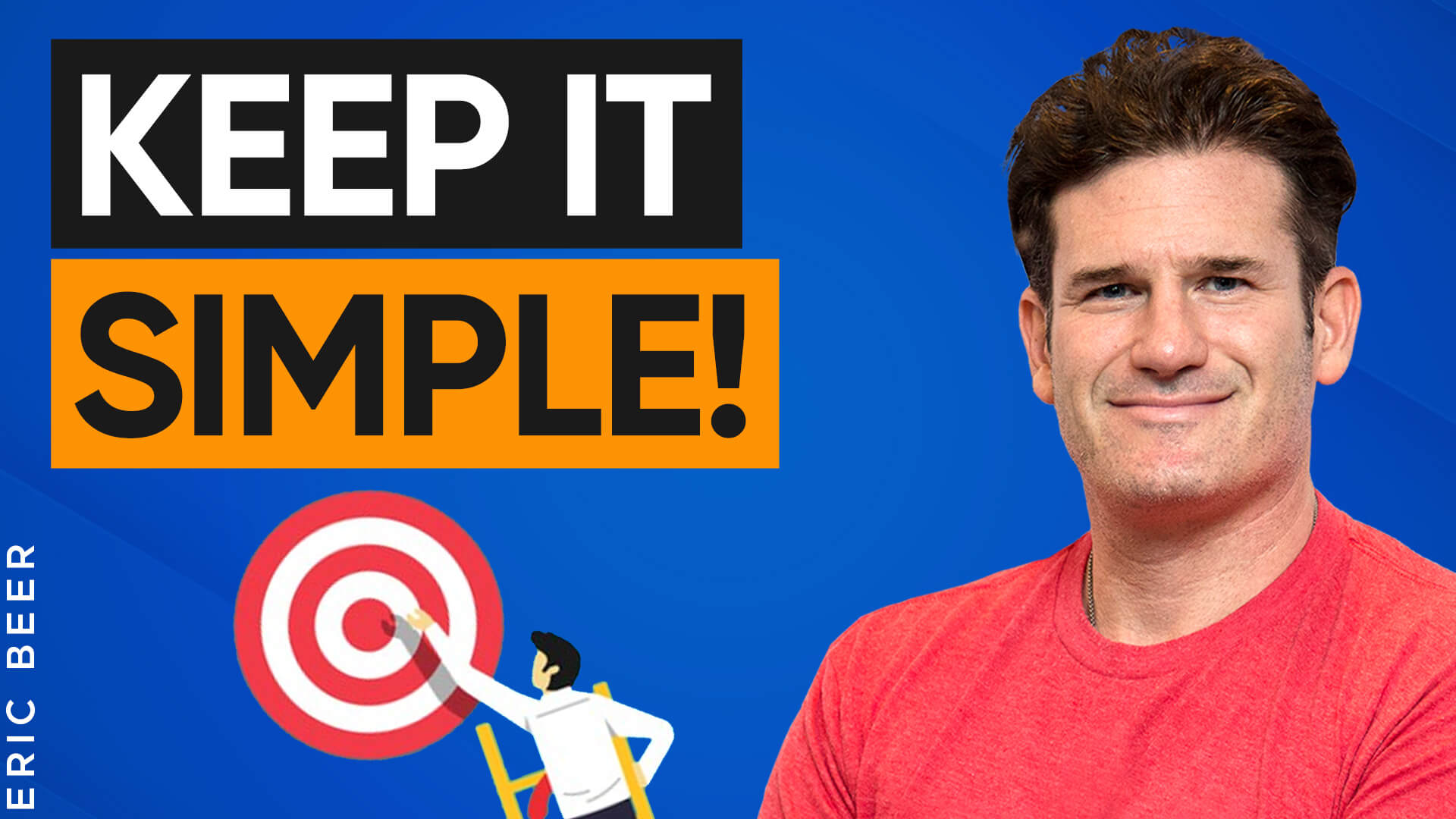 Finding success may not be easy, but it’s also not complicated.

And yet, there are tons of aspiring entrepreneurs who are getting in their own way because they’re overcomplicating their success.

The secret to advancing quickly is keeping things simple.

Focusing on things that don’t matter or trying to reinvent the wheel is costing you precious time. Not only does it make your journey slower, but it also makes you more likely to quit.

This episode is dedicated to everyone desperate to start their own business but is currently worrying about which font they should use for their logo. Everyone who’s still retouching page three of their funnel for the gazillionth time…

Please, stop… It doesn’t have to be this hard!

Today, I’m going to explain why modeling other people’s success is the best way to fast-track your own. I’ve used this method to build this business and continue to use it to stay ahead of the game.

Are you ready? Let’s get started!

What Can Entrepreneurs Learn From Kobe Bryant’s Brilliant Basketball Career?

I was invited to go to the NBA Hall of Fame Class of 2020 induction ceremony. It was held this May since it got pushed back because of COVID.

What made this event particularly powerful was the fact that one of the inductees was Kobe Bryant, who tragically died in a helicopter crash last year.

I recorded this episode soon after I got the invitation because it got me thinking about Kobe and his amazing legacy.

Kobe Bryant was one of the greatest players ever to grace the game of basketball. But what inspired me to do this episode are his professionalism, work ethic, and approach. Those are the things anyone can learn from, not just athletes.

The similarities between Michael Jordan and Kobe Bryant were always a frequent topic in the media, and in one of the interviews, Kobe was asked if he copied Michael’s style of play. His answer – 100%.

This answer may come as a shock to some people, but I’m not the least bit surprised.

Modeling other people’s success is the best way to fast-track your own, and Kobe used this simple tactic to become one of the greatest of all time.

If you want to be an entrepreneur, listen up because this approach works across ALL industries!

How to Model the Success of Others to Create Your Own

Let’s say you wanted to start an eCommerce business, for example. I don’t have one myself, but if I were to create one, I’d know exactly which steps to take.

First, you need to look inward and figure out what it is that you want. Define what it is you want to achieve or accomplish. Do you want to manufacture and sell your own products? Or are you more interested in dropshipping?

It doesn’t have to be incredibly precise, but the more you narrow it down, the easier it will be for you to do research and gather relevant information.

Once you know what to look for, you should identify the top-performing companies in that industry. Compile a list and analyze what they’re doing.

Become their customer. Question their services, their products. Do your best to reverse engineer their success.

You might recognize things that you could do better or would like to do differently. But before you do that, make sure you model all the stuff they’re getting right first.

Kobe “copied” Michael, but you have to consider the context. When we translate his approach outside the field of sports, we get that modeling is the correct term.

You can’t copy other people’s businesses in the literal sense; that’s pretty clear. But you can analyze their journey, model their strengths, and learn from their mistakes. It’s not only something that you CAN do – it’s highly encouraged.

Modeling the success of others is what drives industries forward. Imagine how less advanced our society would be if everyone had to go through everything on their own. Experience every bump on the road by themselves. Sounds ridiculous, doesn’t it?

So guys, please, stop overcomplicating your success. Just find something that works, fits what you want to do, and model it.

I hope this episode inspires you to get things going. If you have any questions, feel free to reach out!

0:00
Stop creating all this complexity. You want to create simplicity. Okay? There are tons of different businesses out in the world that are mega, mega successful. And all you need to do is, once you identify what you want to do, go find some of the leading companies in the world and see what they're doing.

I spent the last 17 years building my eight-figure performance business without using any of my own money, working with some of the most brilliant direct response marketers in the world today. Now, I'm looking for entrepreneurs to join my affiliate army, built on ethics, transparency, and good old hard work. Join me to change the perception of how people view the greatest business in the world affiliate marketing, and follow along, as I learn, apply, and share performance marketing strategies, working with some of the brightest people on the planet. My name is Eric Beer, and welcome to the Performance Marketer Podcast.