Seeing Through the Matrix: THIS Is the Method I Use to Absorb Other People’s Frameworks
16636
post-template-default,single,single-post,postid-16636,single-format-standard,bridge-core-2.9.8,qode-page-transition-enabled,ajax_fade,page_not_loaded,,hide_top_bar_on_mobile_header,qode-child-theme-ver-1.0.0,qode-theme-ver-28.2,qode-theme-bridge,qode_header_in_grid,wpb-js-composer js-comp-ver-6.7.0,vc_responsive

Seeing Through the Matrix: THIS Is the Method I Use to Absorb Other People’s Frameworks 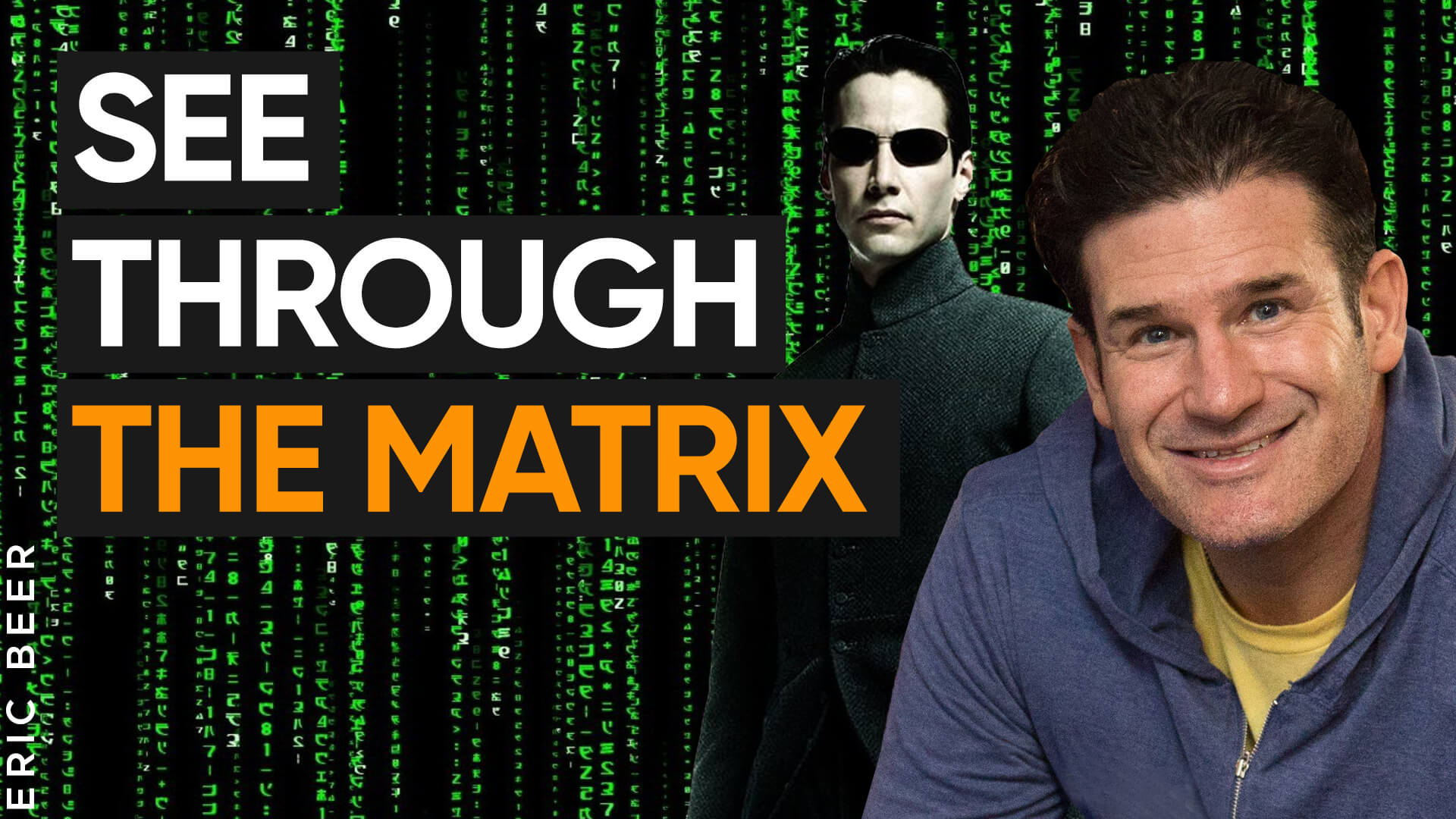 08 Jul Seeing Through the Matrix: THIS Is the Method I Use to Absorb Other People’s Frameworks

Posted at 13:00h in Podcast by Eric Beer
Share

In the previous episode, I shared a powerful moment from a Russell Brunson event I went to recently. It was a 2-day seminar centered on his Perfect Webinar framework.

I’ve listened to Russell’s Perfect Webinar lecture on YouTube about 20 times. I knew the words, I understood the framework, but after this seminar, for the very first time – I feel like I REALLY know it. Back to front, all the elements, processes… As if it were my own.

On the flight back, I watched a movie, and it hit me. I felt like Neo!

I was looking at the Matrix and seeing through the code. Everything became perfectly clear to me!

So for today, I want to talk to you about this experience and what it meant for me.

I’m going to explore the method that helped me achieve this deep understanding of the Perfect Webinar so that you can apply it to any framework you want to master.

Also, I want to share a few words to talk about SurveyDetective and what I think the next step in my journey ought to be.

The Secret to Mastering ANY Framework

Reflecting on how I came to this newfound understanding of the Perfect Webinar, I realized that it came down to two things – immersion and repetition.

One of the ways we define immersion is “deep mental involvement.”

We were in, and we were in deep!

But going all-in allowed us to immerse ourselves in the topic thoroughly. We put everything else aside and followed Russell deep into the rabbit hole of webinars.

Approaching the Perfect Webinar framework with such focus set everyone up for success. In those 48 hours, it was ALL that mattered.

Immersion is a precondition for mastering frameworks because it keeps you in it for an extended period of time. Constantly shifting focus from one topic to another significantly diminishes your gains.

If you really want to learn efficiently – dive deep and stay there.

The great Tony Robbins once said, “Repetition is the mother of skill.” And I couldn’t agree more.

No one gets it perfectly on the first go. And even those who are blessed with exceptional abilities will benefit immensely from revisiting the same topic time and time again.

The next time you watch a webinar or read a book, try this. Go back to the beginning and go through it again. And again. Do it several times over.

Don’t take my word for it. Try to reflect on the process as you go and take notes. I guarantee you’ll be able to feel how each repetition attributes to your better understanding of the topic.

Why does this work so well?

The intuitive answer is, of course, repetition helps you remember and reproduce what you’ve learned.

But it’s also because you’re constantly evolving. You’re growing every single day, and with each new experience, your mindset changes bit by bit. These subtle shifts in your approach will allow you to look at the same lessons from a different perspective and gain richer insights.

Why I Need to Create the Perfect Survey Webinar

Frameworks create a foundation for learning. They help us organize our knowledge and pass it on to others.

A while back, I created a framework for the Perfect Survey, also known as the AISTP framework.

Here’s where it gets tricky for me.

I’ve held many consultations for people trying to use surveys to grow their businesses. And the key challenge for me has always been the same – I can’t help but run them over with information.

Ironically, years and years of experience combined with a passion for surveys have made it difficult for me not to scare people away. They often end up feeling it’s too complicated or too hard to understand.

“I have more confidence in people than they have in themselves.” – Eric Beer

Anyone can master surveys and learn to apply them to their business. And I want to help you do that.

At this moment, I feel like creating a Perfect Survey Webinar might be just the thing I need to bring surveys closer to people and make them more digestible.

I want you to be able to see through the Matrix as well, just like I can!

I’m fully immersed, and there’s no going back.

Would you be interested in a webinar dedicated to surveys? Feel free to reach out to me on social media and let me know! I’m dying to hear what you all think!

Thank you so much for checking out this episode of Performance Marketer!

0:00
What's up, guys? Eric Beer here, and thank you for joining me today. So today's episode is, I'm gonna call it the Matrix. And anybody that seen the Matrix knows Neo, right? And I'm gonna be Neo today. Because I just had a crazy experience that really hit home for me. And I think it's a good lesson for other people to piggyback. So stick around!