Mistakes People Make When Going To A Conference
16771
post-template-default,single,single-post,postid-16771,single-format-standard,bridge-core-2.9.8,qode-page-transition-enabled,ajax_fade,page_not_loaded,,hide_top_bar_on_mobile_header,qode-child-theme-ver-1.0.0,qode-theme-ver-28.8,qode-theme-bridge,qode_header_in_grid,wpb-js-composer js-comp-ver-6.7.0,vc_responsive

Mistakes People Make When Going To A Conference 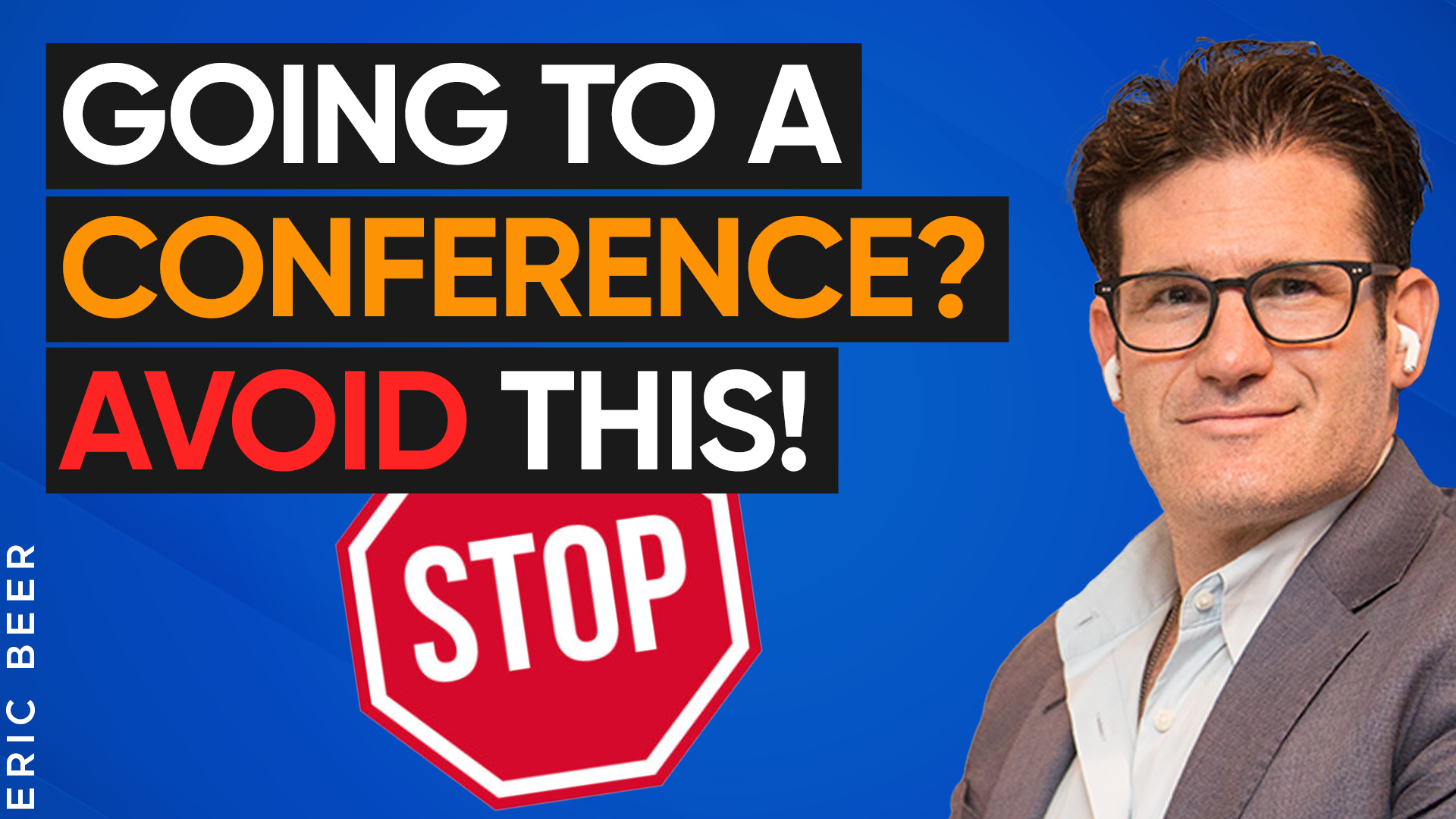 21 Oct Mistakes People Make When Going To A Conference

Last week I came back from Funnel Hacking Live in Orlando – a five-day conference that energized and inspired me a ton.

It’s because many astonishing speakers were literally pumping value out into the world. While I was listening to them, ideas were pouring out of my head.

But one thing also helped me gain maximum value from the event.

I didn’t just show up there!

I prepared myself, planned my activities before I arrived, and focused on the plan during the conference.

I met a lot of people, heard excellent speakers who triggered a bunch of ideas I’m to focus on.

Now, when I’m back, I have to prioritize the things I came up with while I was there.

Bottom line – attending Funnel Hacking Live was a good investment and I think the experience is worth sharing with you.

In this episode, I’ll talk about everything you should do before, during, and after an event to avoid mistakes and get the most value out of being there.

If you tune in, I’ll help you not end up with a notebook full of notes and takeaways that you never opened, as it happened to me after a conference in Nashville.

And who knows – maybe we’ll meet at the next event!

Why Do You Want to Go?

When going to a conference, there are some things you need to do before, during, and after the event to get as much value as possible from it.

Before an event, make sure you’re not going there just to go. There has to be a reason, a goal of the trip.

To answer it, you need to understand what the event is about and who will be there.

For me, it’s important to be around people:

✔ I could do business with,

In this way, I figure out if there will be value for me at the event and if the value is worth the cost of the trip.

Who Will Be There?

Once you find out who will attend the event, make sure that the people that you want to get in touch with know that you’re going.

Reach out to them and try to set up meetings before you get there.

When you’re at these events, all the people you want to do business with are in one place.

That’s the opportunity to speak to all of them at one time. You definitely don’t want to waste it by coming unprepared to the meeting.

You’ll make a huge impression if you bring a deck, a demo, anything you need to explain or show at the meeting. In that way, you can bring whatever you’re talking about to the next level.

As you see, preparation is the key – the more you prepare, the better you’ll do at the event.

Who Do You Want to Listen To?

When you’re at the conference, figure out what sessions are the most important to you.

There were probably 40 speakers at Funnel Hacking Live last week.

I didn’t listen to all of them.

That’s the lesson I learned at the FHL conference in Nashville when I attended every single session and literally listen to everybody.

But whenever I had an idea or something that I could use from a speaker, I would listen to the next one and simply lose all of the amazingness.

So, this time I decided who I wanted to listen to.

I read about the speakers and the topics they’d cover and figured out which of the sessions made the most sense for me and my business.

At the sessions, I jotted down everything in my notebook and took photos of the presentations so that I can go over them again. I also wrote down some ideas and thoughts the sessions triggered.

There is an information overload at these events. It’s not important to remember everything you heard but to filter the ideas you can apply to your business and try not to forget them.

When you’re at these events, seeing a load of people, putting a face to a name, is powerful. It builds your relationship for the next time, another event, maybe in a year.

I know you don’t want to think that far ahead. But you got to start planting seeds.

Networking is a huge thing at these events. So, don’t sit in a corner and be afraid to walk up to people.

People want to meet other people.

If you did your homework and figured out who’s going to be at the conference and set up some meetings, then you might be invited to certain events (little drink parties, for instance) where you can start to meet other people.

But everything will be useless if you don’t capitalize on the event after it.

Once the conference is over, it’s crucial to connect with the people that you had a conversation with. You need to take action – plant emails into their inbox, reach out to them through social media.

Maybe there were big-time influencers at the event and it was hard for you to go and meet them. But if you heard them speak, this is an ideal moment for you to follow up with them.

Let them know that you were there live, and you listened to what they said. Tell them their words made an impact on you. Maybe you’re going to connect with someone who’s super powerful, that would never take your message and ignore it.

Just remember one thing –  if you manage to connect with someone who is powerful, don’t just start asking them for things.

Build on that connection.

Make sure that you do that immediately when you get home. Keep the momentum up!

And if you can get one thing done from that event that can pay for it – bravo!

Remember, one client pays for the show!

If you follow these tips, I’m sure you’ll always return from conferences satisfied and motivated to do great things.

Thank you for joining me for yet another episode of the Performance Marketer!

Have a nice day.

Everybody just shows up. But, the right way to do this is to reach out to people ahead of time and set up meetings. Make sure that the people that you want to get in touch with know that you’re going and try to set up some sort of meeting before you get there. So, it’s scheduled so that you can get your best bang for your buck.

I spent the last 17 years building my eight-figure performance business without using any of my own money, working with some of the most brilliant direct response marketers in the world today. Now I’m looking for entrepreneurs to join my affiliawte army built on ethics, transparency, and good old hard work. Join me to change the perception of how people view the greatest business in the world, affiliate marketing, and follow along as I learn, apply, and share performance marketing strategies, working with some of the brightest people on the planet. My name is Eric Beer, and welcome to the Performance Marketer Podcast.