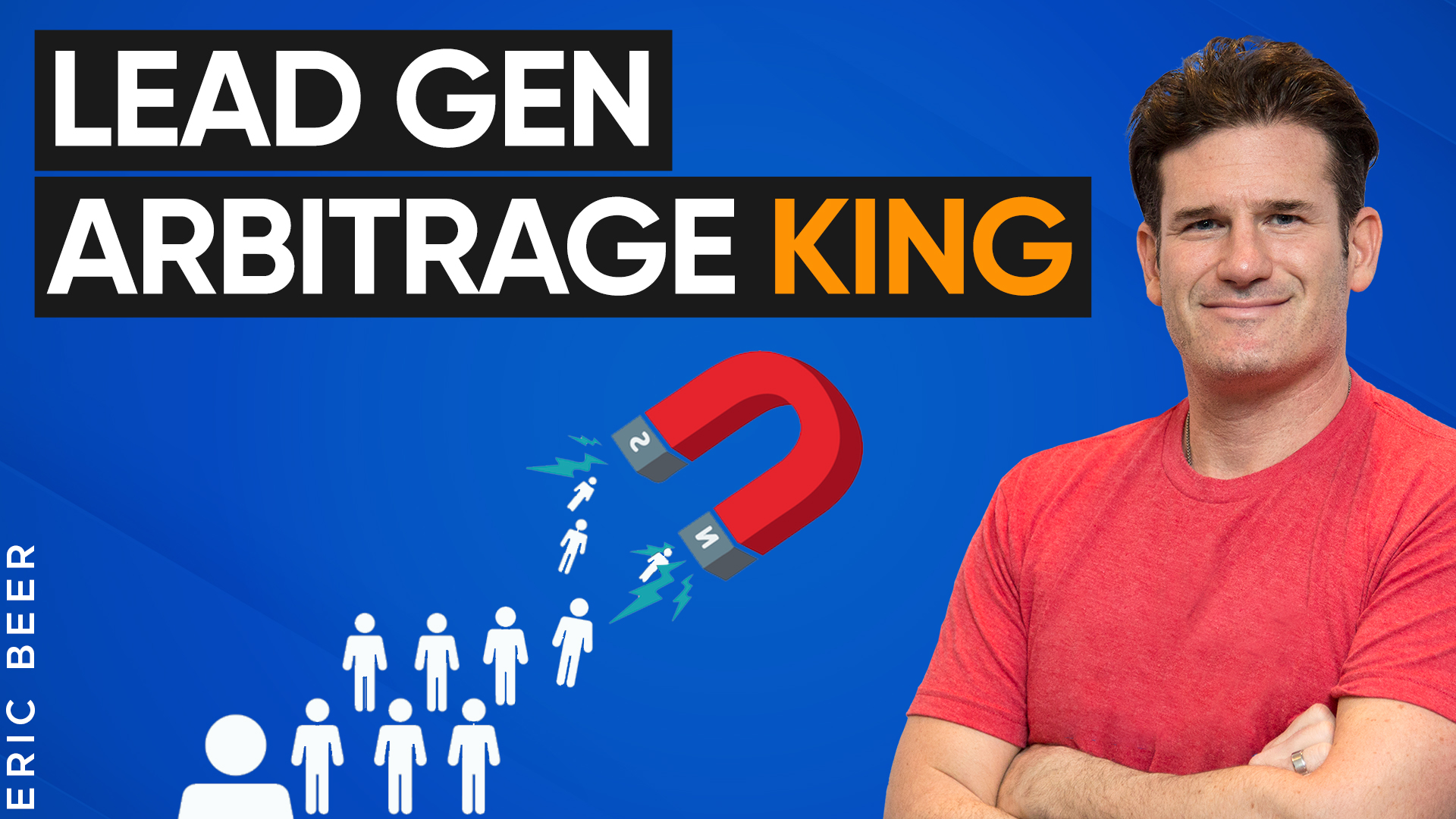 What if I told you that I could show you how to make money online without taking $1 out of your pocket, buying any media, or having any of your own offers?

That’s the lead gen arbitrage, and that’s what I do!

You might think, What does that even mean?! And don’t worry about that.

Two weeks ago, I was at the Category Kings meeting with some of the smartest and wealthiest entrepreneurs in the world, and they hadn’t a clue what I do.

First, I was surprised.

But then I realized – if they know nothing about lead gen arbitrage, then I really have to simplify it for everyone.

So, today I’m going to explain what arbitrage means, how it works, and how it works for me with leads.

Tune in now to find out how a six-year-old can do arbitrage!

Let me tell you a little story.

Well, years ago, I was in his Mastermind called Inner Circle.

The Mastermind was all around us being together. Many smart, successful entrepreneurs were in the same room, talking, collaborating, networking, giving each other ideas, helping each other, and ultimately, coming out of these meetings with tons of ideas.

This will help you get a better picture of the value I have in mind when talking about those events: Brunson measured the success of one of the meetings – six months after it, ideas and deals started there generated millions and millions of dollars!

However, he shut it down two years ago. I’m not sure you can imagine how we were all upset then, or how I was excited when I heard a couple of months ago that he was opening it up again.

This time, he did a little bit differently. In addition to the Inner Circle For Life ($50,000 annually to be in a room with a bunch of distinguished entrepreneurs), Brunson introduced a new, higher level. He called it the Category Kings – a 14 member group of very powerful and smart people.

I’m thrilled to tell you that they accepted me, so I’m now one of the category kings!

We had our first event two weeks ago in Boise. The energy of being in a room with all those entrepreneurs was so inspiring. Just listening and talking to them triggered ideas that were hidden somewhere in my head.

They were like psychiatrists, pulling out of me what I already knew but hadn’t been thinking about.

As I’ve mentioned, those people asked me about my business. I’d simply say, “I arbitrage media. Lead gen arbitrage”. And those smart and successful people didn’t know what I was talking about.

Only when I explained and simplified what I meant were they like, “OK, now I get it!”

There’re so many lead gen experts out in the marketplace. What is the challenge for me is finding out how to show that what I do is different.

Eric Beer Lead Arbitrage Expert, the category king of lead gen arbitrage – I’ve decided to go after it a bit and see if I can make that happen. The good thing is that no one’s really talking about lead arbitrage. I don’t know if anybody is doing it the way I do it.

That’s why it’s a new opportunity.

And I have some good news for you too!

I can teach you how to do this – both those who want to start a business and those that already have a business.

What Does Arbitrage Mean?

Ultimately, very high-level arbitrage is the ability for you to buy and sell the same asset for some sort of profit. You take advantage of the price differences for the same asset.

That is the overall concept and sounds very simple. In a way, arbitrage really is simple, and it can be done in anything.

A six-year-old can do arbitrage. Kids can set up a lemonade stand and charge 1$ per glass. As long as they can cover the costs of lemonade mix, glasses, pitchers… and make some money, their lemonade arbitrage is successful.

In this example, the asset is lemonade.

The beauty of the business lies in the fact that the same concept can be applied to anything. There’s a lot of different types of arbitrage being done within the markets. It can be done online or offline. I’m doing lead gen arbitrage, and apparently, I’m doing it online.

To be good in arbitrage, you have to be a dealmaker. I enjoy doing deals, it’s fun for me, and I’m good at it. And what is essential – I know how to recognize opportunities!

The reason why I’ve been able to build my business and be successful is because I’m able to identify these price differences in the marketplace and take advantage of them.

Next time, I’m going to show you a five-step framework on how I do lead gen arbitrage and make money. This five-step process is something that anybody in the world can do at any time.

So, join me next week and grab the chance to learn for free!

I spent the last 17 years building my eight-figure performance business without using any of my own money, working with some of the most brilliant direct response marketers in the world today. Now I’m looking for entrepreneurs to join my affiliate army built on ethics, transparency, and good old hard work. Join me to change the perception of how people view the greatest business in the world, affiliate marketing, and follow along as I learn, apply, and share performance marketing strategies, working with some of the brightest people on the planet. My name is Eric Beer, and welcome to the Performance Marketer Podcast.