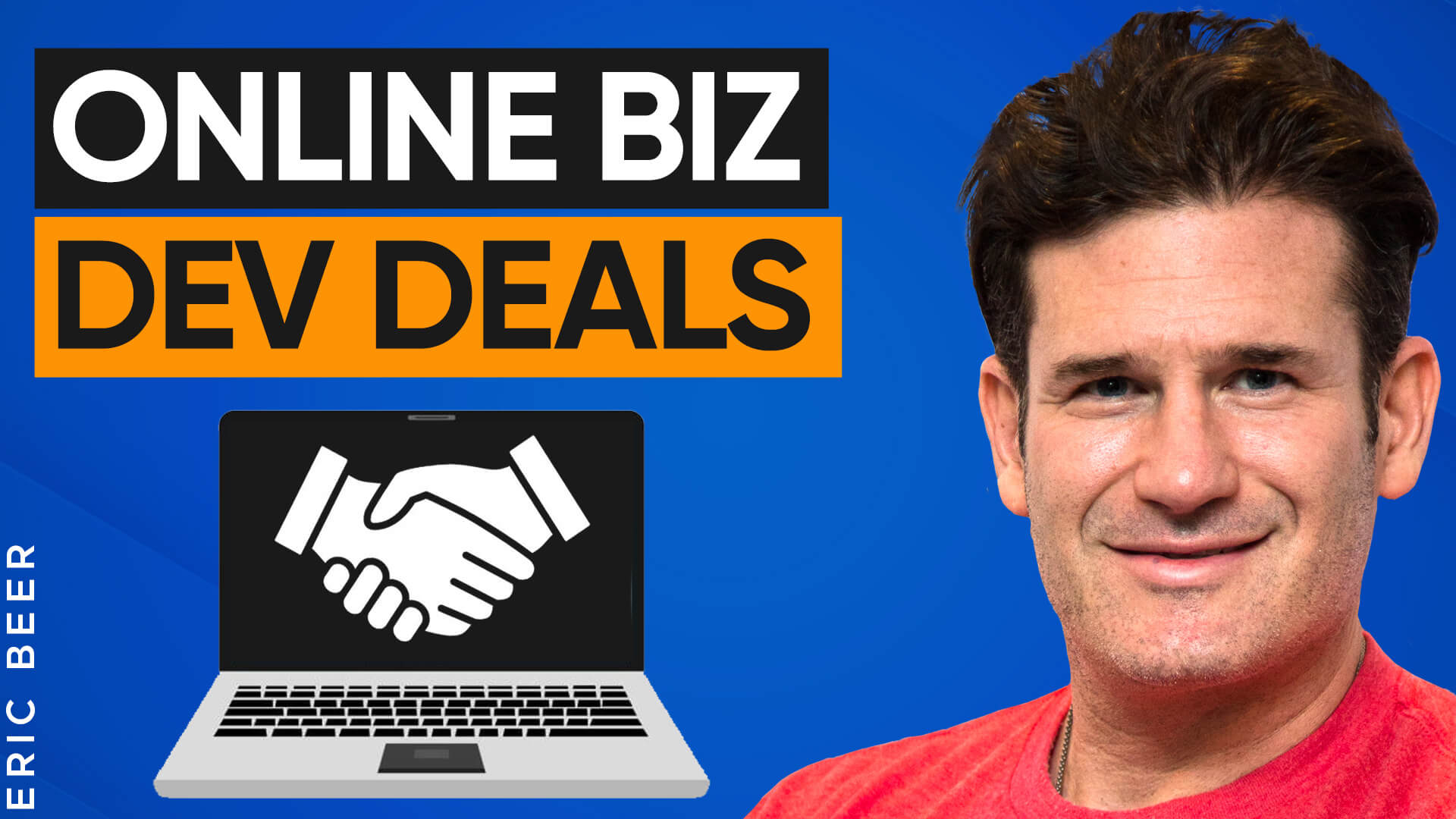 For this week’s episode, we dive further into the world of biz dev deals and consider some of the best practices from the online world.

Strategic partnerships aren’t just for huge brands such as Amazon and Kohl’s. They can happen between any two businesses.

The only condition is everybody needs to win.

Last week, I went over the four simple steps for conducting a killer biz dev deal. Today, I will use that framework to analyze some of the best-known names in the online industry and discuss their process.

We’ll learn from the greats as we review some recent deals made by Tony Robbins, Dean Graziosi, and Russell Brunson.

Remember – ANYONE can do these types of deals!

You just need to get a little creative and think outside the box. Know what you have to offer, and understand how you can use it to help others.

Now let’s dive in! There’s a ton of stuff we need to cover!

How to Leverage Guest Podcasting to Grow Your Business

As it is in the real world, one of the best things about online biz dev deals is you get to leverage other people’s audiences. So, just like Kohl’s is able to make direct offers to Amazon consumers, you can also create strategic partnerships that allow you to do the same.

Being a guest on somebody’s podcast is an excellent example of effective small biz dev deals between two brands and businesses.

Podcast creators look to create a loyal audience around their brand. In return, they provide people with engaging content, whether it’s educational, informative, entertaining, or even all three.

Creating quality content isn’t easy, which is why podcast hosts often seek interesting guests to leverage their charisma, insights, and expertise. If the guest has an audience of their own, it can also help bring some exposure to the podcast.

In return, guests get to make direct offers to the podcaster’s audience. Usually, at the end of an episode, the guest is invited to share links to their website, products, or even specific offers created exclusively for that particular appearance.

The audience is also winning. So not only do they get to hear an interesting viewpoint, but they also might get a pretty enticing offer.

And just like that, within a single podcast episode, we also see it’s an opportunity for a biz dev deal. Win-win-win!

Tony Robbins is without of doubt one of the biggest names in the online space. He’s got millions of followers across various social media platforms and is regularly endorsed by celebrities and entrepreneurs everywhere.

But even when making a deal with someone as successful as Tony Robbins, it will still follow the 4-step framework we went over in the previous episode.

For starters, you need to understand his business and monitor his latest offers because it will help you figure out ways to help.

If there’s something you can do to provide real value to Tony Robbins, he’ll notice you. Tony is a remarkable businessman, and if he ever comes across a great deal, you better believe he’s not going to pass on it. You don’t become Tony Robbins by running away from opportunities; I’ll tell you that much!

One of the ways Tony built his empire is through creative, strategic partnerships. By creating lucrative affiliate deals, he’s been able to leverage other people’s audiences to promote his offers.

Tony recently crafted an offer with Dean Graziosi, along with an affiliate program that would help them promote it. And it’s pretty ingenious.

Their affiliate program was based on the same principles of the Kohl’s – Amazon deal. They were leveraging the audiences of their affiliates much in the same way as Kohl’s is doing for Amazon.

Tony and Dean weren’t just offering a cut of the profits to their partners but also an excellent opportunity for their top affiliates – a retreat seminar in Fiji. Who wouldn’t be interested in something like that?

Now, anyone with an audience can sign up to make a deal with Tony and Dean.

But what if that someone had millions of contacts on their list? Don’t you think that might lead to a different yet also very interesting biz dev deal?

That’s exactly what happens when you throw in someone like Russell Brunson into the mix!

To get more insights on the deal between Tony, Dean, and Russell, make sure you watch the full episode here!

I hope you had fun, and these couple of episodes inspired you to make awesome biz dev deals yourself.

0:00
In your business, you got to think about it. Be strategic. Think outside the box, think about what Kohl's did. Think about what the affiliate offers do. When you're acting as an affiliate, if you have an offer, and you don't want to go and buy your own media, you want to go and look for who was the audience for this offer? Where can I find that audience? And now how can I get in front of somebody else's audience? What can I do for them, that's going to make them want to promote my offer?