How to Value a Company: Numbers You NEED to Know When Selling Your Business
16919
post-template-default,single,single-post,postid-16919,single-format-standard,bridge-core-2.9.8,qode-page-transition-enabled,ajax_fade,page_not_loaded,,hide_top_bar_on_mobile_header,qode-child-theme-ver-1.0.0,qode-theme-ver-28.8,qode-theme-bridge,qode_header_in_grid,wpb-js-composer js-comp-ver-6.7.0,vc_responsive

How to Value a Company: Numbers You NEED to Know When Selling Your Business 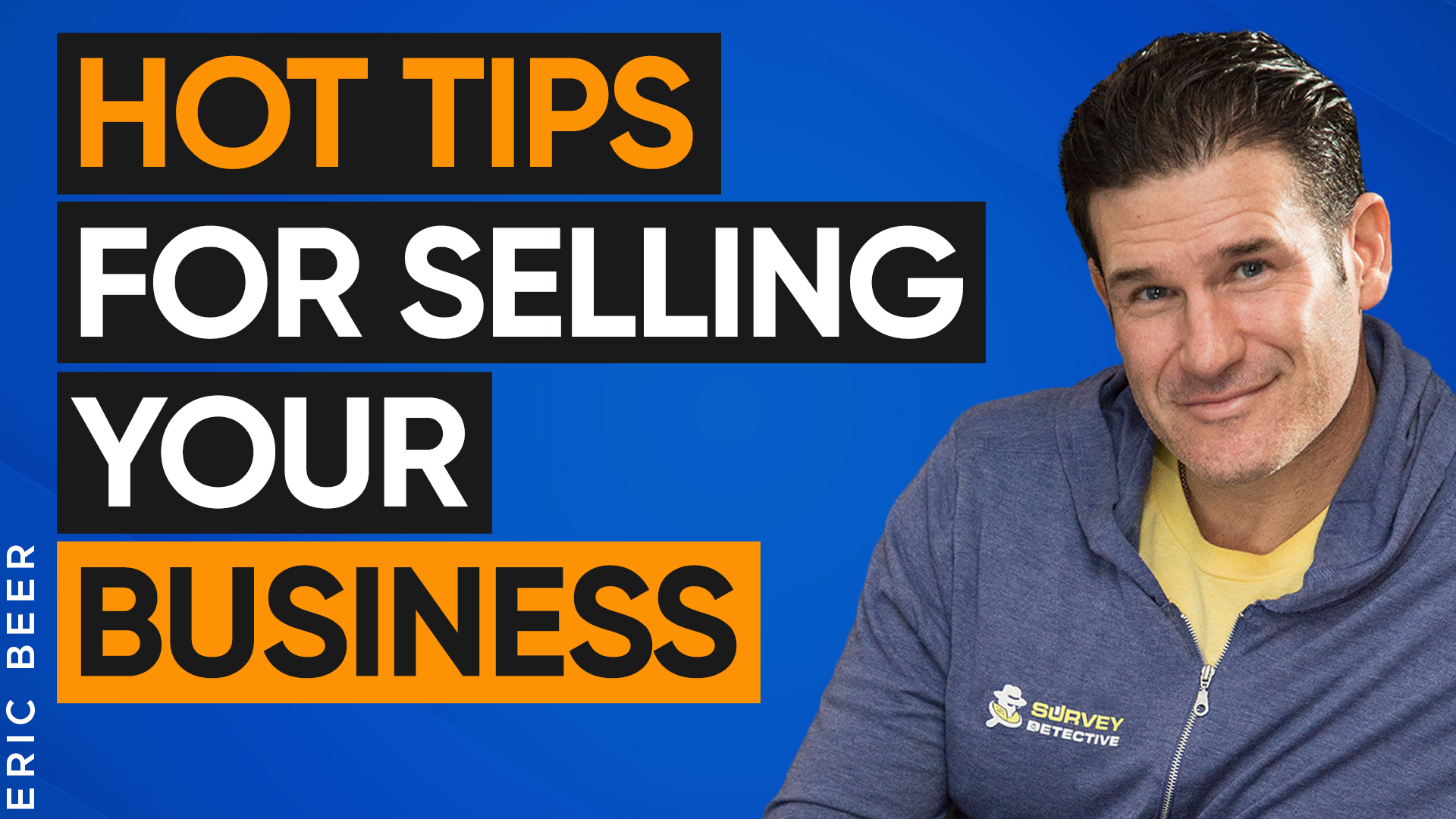 31 Mar How to Value a Company: Numbers You NEED to Know When Selling Your Business

A couple of weeks ago, I talked to somebody who didn’t know how to value a company and what the valuable asset in their company was. I was kind of surprised, honestly. But then I thought…

“Wait a second! Probably more people don’t know that. So, maybe we should talk about it!”

So today, we’re going to talk about:

– how to understand what a company is worth

– how to figure out if a market is right for you

I’ll dive into the topic using numbers and comps in the marketplace, explain how the stock market trades in multiples with the P/E ratio, and show how to value a company based on specific revenue numbers and multiples.

So stick around, we’ll get into it right now.

How Do You Know How Much a Company Is Worth?

When you’re selling your company, the most important thing is to answer the question, What are potential buyers purchasing?

If someone buys a company, they usually hope to scale it and make it more valuable later. Sometimes a buyer already owns a company and purchases another one to fill a void within the parent company, which allows them to scale the business.

Whatever the reason for that is – someone is willing to buy a company because they think it’s valuable. But how do you know how much it’s worth? I’ll show you how to value a company using comps.

For those who are not familiar with comps – it’s short for “comparable company analysis,” which is used to determine the value of a business based on the valuation metrics of a peer. Basically, it’s looking in the marketplace to see what comp/multiple other similar companies were sold at.

Let’s say that a company that generates leads is sold for $100 million. You would look at what they were doing from a revenue perspective. So, the question is, would you do that on the net margin or the top line?

(Quick explanation of the terms: top line means the gross revenue, and net margin revenue is actually the profit.)

In this scenario, the company is doing a $50 million top line, and their profit is $20 million. If I were to purchase it, I’d undoubtedly look it off the net. However, sometimes companies want to pad out their top line revenue to underline their size or because they want to go public.

But in my scenario, the crucial number is net margin revenue. So if a company with a $20 million annual profit is sold for $100 million, the multiple is 5x. We calculate that number by dividing the price for which it is sold by its annual profit.

If you find a company similar to yours, this is the way to get an idea of what people are willing to pay for the business.

In our scenario, the company that takes the business over paid five years in advance – obviously planning to scale it. In hypothetical terms, let’s say that they scale the business in the next three years, so their profits look like this:

This means that they became profitable – they spent $100 million and made $125 million. That was the bet they took when they purchased the company. How much is it worth? Now it’s doing $50 million in net margin. Multiply that with 5, and you get $250 million!

If they wanted to sell this company tomorrow, at 5x multiple, they’re getting another $250 million. So, after the business paid back $100 million, anything they sell it for is a profit.

Going Into a Market With a New Business

Think for a moment about the seller. Was the $100 million deal bad for them? Not necessarily. That could have been a guy who just wanted to get out of the business after being there for 10 or 20 years.

Maybe he just wanted to take the money and go to the next level, do something else with his life. Or doesn’t have the passion for staying in the company, even if it’s going to grow. Then it’s not worth it. You got to have a passion for what you do.

Apart from this one, there are other ways to figure out the value of the companies. This is the way if you’re deciding to go into a market with a new business. (You never want to go and do something like that unless you know there is a market for that.)

One of the cool things that you could do is to look at public companies’ reports on the stock market. Why public companies? Because they have to report all of their earnings to the public (shareholders). And they can’t lie!

It means you can go at any time and open up their 10-Q. Since public companies report quarterly, you can find four reports a year on how they’re doing, what their business is doing, what the numbers look like, etc.

In this scenario, you can see what other companies are valued at and what the multiples are by doing a very simple thing, which I’m going to show you.

Let’s say XZA is a public company in a market you want to be involved in (for instance, selling pet supplies). We want to know how big that market is. If it’s a $2 billion market, there’s enough money for all there. If it’s $2 million, it’s a small market, and you don’t want to go into it.

So when you’re trying to figure out if there’s a market for a specific category (pet supplies in this case), you can find a public company engaged in pet supplies. Once you find it, you want to see the valuation of that company.

You can figure that out by looking at their market cap and P/E (price earnings ratio) – you’re looking at the price per earning. Let’s say the company’s P/E is 5. This is saying that if this company is making X and the stock is trading at Y, then the ratio is 5.

Let’s pretend the market cap is $100 million. If the company has 100 (or 50) million shares, the stock would be trading at $1 (or $2). This number shows you what the multiple is of what it’s trading at versus the company’s value.

As we said, when people buy companies, they buy because they think that they can make more money with it later. In our case, the only reason someone would buy this stock at $2 is that they believe it will be $2.50, $3, or $4.

When Companies Are Too Inflated

To figure out if that’s going to happen, you can look at what’s the market cap and compare it with the other companies in the same pet supply vertical.

Let’s say public Company 2 has a P/E ratio is 50x. All other numbers are the same. Both XZA and Company 2 make $5 million a year and have 50 million shares. This means that Company2’s share is $20 worth compared to $2 of XZA stock.

If all the companies are trading at 5x, and this one’s trading at 50x, you want to see why. Obviously, something’s going on here. Either the XZA company is trading below the comps, or Company 2 is way too inflated.

That’s where traders, Wall Street, and hedge funds come into play. If they identified that Company 2 is trading way too high, they would short that. They’d be like, We did research on this company; it’s going to lose money next quarter. This thing’s worth $1 to $2.

But if it is the opposite, and Company 2 is trading at 50x, they can recognize the potential in XZA because it’s a very similar business trading at 5x. Then they might predict XZA to go another 10x and that its stock would be worth $20 within a period of time.

There Is a Way More

I hope this was helpful. I think you need to know this at some level to understand business as a whole, so you don’t get caught up in a lot of this stuff. Of course, here’s way more information about this stuff.

And you can find some of those if you check out the full episode where I explained a follow up strategy you can increase the profit of a lead gen company with, the way you can predict the price of cryptocurrencies, and why investors like companies with predictable revenues.

See you next time!

I think you need to know this at some level to understand business as a whole, right? So, you don’t get caught up in a lot of this stuff. There’s way more information. Like you get into the stock market and learning about that, or, you know, you’re trying to sell your company, or people are selling companies and you hear like, Oh, that guy just sold this company for XYZ. How do they sell for that much? And it comes down to the multiple, right?