How to Start a Lead Gen Business Without Using Any of Your Own Money (Beginner – Simple)
16526
post-template-default,single,single-post,postid-16526,single-format-standard,bridge-core-2.9.8,qode-page-transition-enabled,ajax_fade,page_not_loaded,,hide_top_bar_on_mobile_header,qode-child-theme-ver-1.0.0,qode-theme-ver-28.8,qode-theme-bridge,qode_header_in_grid,wpb-js-composer js-comp-ver-6.7.0,vc_responsive 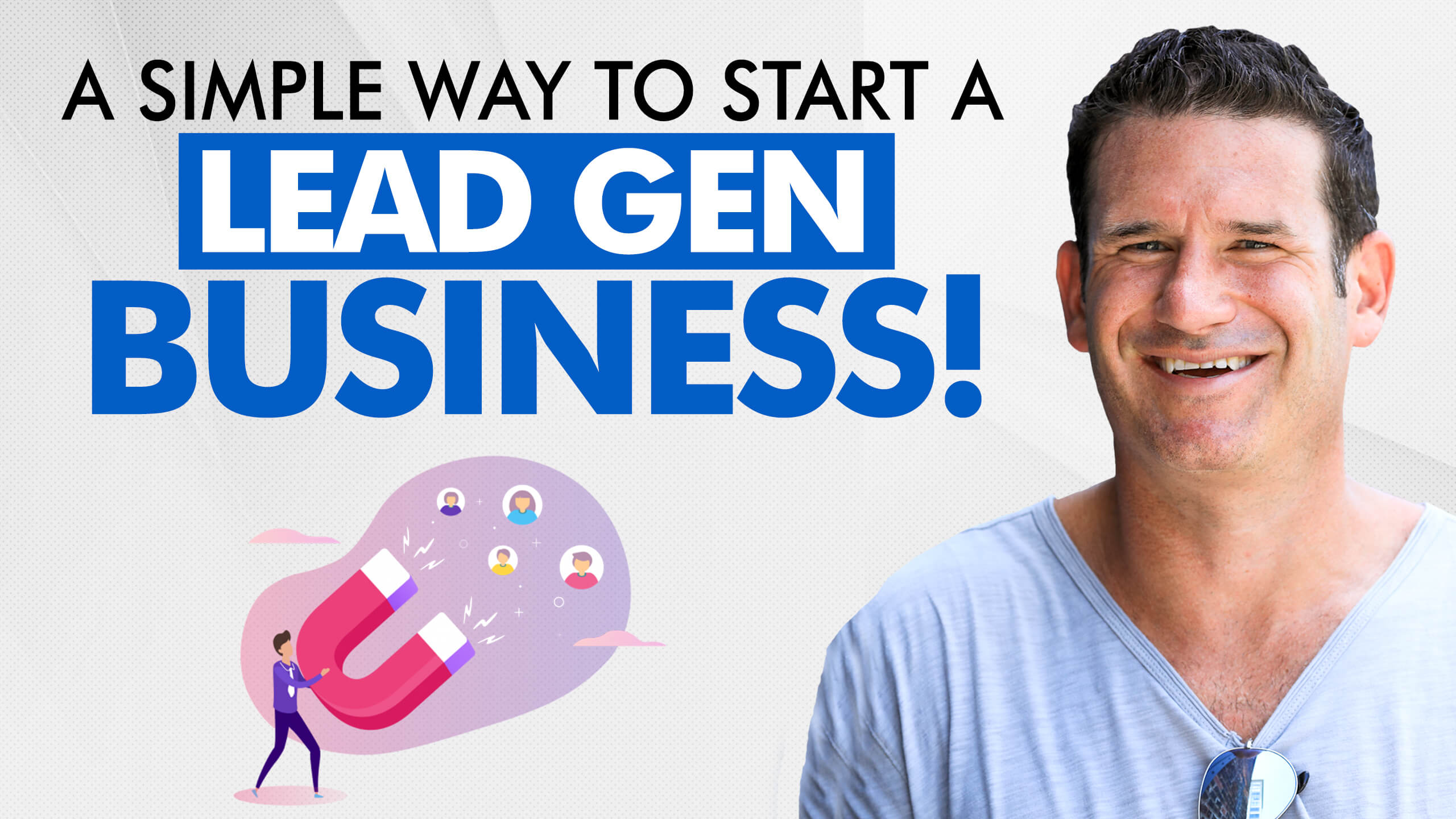 Have you ever wanted to start your own business but weren’t sure where to ACTUALLY start?

Maybe you’re still searching for your passion, or you can’t seem to decide on what your first step should be.

If any of this sounds familiar, you’re in the right place. What I have planned for you here can help you.

I firmly believe that starting your own lead generation business could do wonders for your career. How do I know? Because that’s exactly how I started building my empire.

I’m going to tell you a little secret. ANYONE can learn how to generate leads.

It’s got nothing to do with talent, and you don’t need a formal education… It’s a skill set! One you can learn, get better at, and make a ton of money in the process.

So for today, I’m going to share my step-by-step framework on how to start a successful lead generation business.

And you can do all of it without spending a single penny of your own money.

Stick around – you’re in for a treat!

Why ANYONE Can Start a Successful Lead Gen Business

I wasn’t born knowing how to generate leads, nor does it have anything to do with my formal education.

Lead generation is a skill set, and ANYONE can pick it up.

I’m confident that I could teach it to my kids, and they’d be able to create a sustainable business out of it in no time!

There are only three things you TRULY need to learn lead generation.

You need to believe in yourself and be prepared to put in the work.

Every entrepreneur is powered by relentless passion. A fire in your belly that gets you moving even when things aren’t going the way you thought they were.

Do you think you have what it takes?

3 – Someone to Show You the Way

Lastly, you need someone to show you the ropes. Someone who’s been there, who’s done it, and who is willing to show you the way. And I’d love to be that someone for you!

The beauty of lead generation is that you don’t NEED your own money to come up with a great deal.

If you can create a win-win situation for two parties, then just brokering the deal is a valuable contribution in and of itself. That is “why” you get paid, and here comes “the how”.

Many companies out there operate using a Cost per Lead (CPL) model. This means they’re willing to pay good money for any quality lead that comes their way.

Getting a good CPL offer is the first piece of the puzzle, and you can find them either directly or through an affiliate network.

After you’ve secured a firm offer, you can move on to phase two.

In order to generate leads, you need traffic. But you can’t just buy it using Facebook or Google Ads because you don’t have any money. So, what do you do?

You need to learn how to leverage other people’s traffic or OPT for short.

OPT can be found in various places. Content creators, influencers, bloggers, or anyone who has their own traffic and operates within a niche that’s relevant for the deal you’re trying to make.

Here’s where the magic happens. You set up a Cost per Lead deal with them as well.

So now you’re in a situation where you pay ONLY when a lead is generated, but you also know you can afford it because you know you’ll GET PAID for that exact lead.

So how do you make money?

As long as you’re selling the lead at a higher price than you’re acquiring it for – you’re in business!

Once you set up a deal like that, there’s only one thing left for you to do.

“Your job is to monitor the quality of the leads.” – Eric Beer

Everybody gets paid, everyone’s happy – and you didn’t put up a single dollar of your own money.

Told you it was simple!

Make sure you check out the whole episode and get the full scoop!

Thanks for tuning in, and I’ll see you next week!

Would you like to learn how I built my business using other people's money? If so, then go join my 21-day challenge at performancemarketersecrets.com. I look forward to meeting you and welcoming you into my family. And remember, results don't lie with the people who don't have any tier. Thanks for listening.