How Does Watching Movies IN REVERSE Help You Become a Better Entrepreneur?
16514
post-template-default,single,single-post,postid-16514,single-format-standard,bridge-core-2.9.8,qode-page-transition-enabled,ajax_fade,page_not_loaded,,hide_top_bar_on_mobile_header,qode-child-theme-ver-1.0.0,qode-theme-ver-28.8,qode-theme-bridge,qode_header_in_grid,wpb-js-composer js-comp-ver-6.7.0,vc_responsive

How Does Watching Movies IN REVERSE Help You Become a Better Entrepreneur? 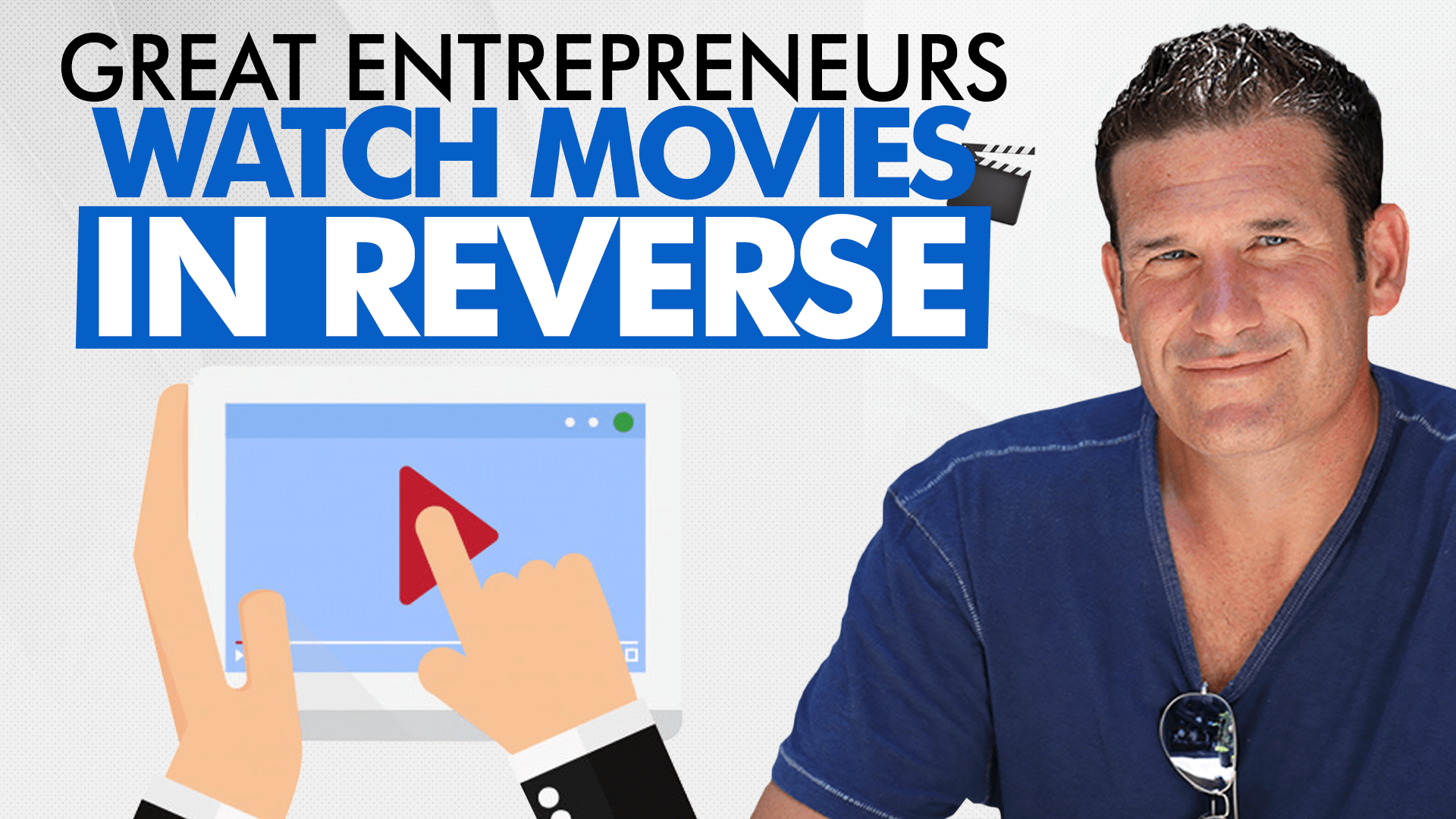 11 Dec How Does Watching Movies IN REVERSE Help You Become a Better Entrepreneur?

When I was a kid, I used to go to the movies with my friends all the time. And we had this little trick, where, after it ended, we’d sneak into another theater so we could watch the last 20-30 minutes of a different movie.

Later, when I would watch that same movie from beginning to end, knowing the ending completely changed the entire experience.

Watching the story unfold in a different direction gave me a lot more insight into the movie structure itself.

So what does starting a business and watching a movie in reverse have in common?

For us, it was all about having fun and watching as many movies as we possibly could.

I realize now that this is also an excellent method for learning about the best way to develop a roadmap for your brand new business.

Great entrepreneurs start at the end and work their way back.

When you define an ending, you also give your journey a powerful sense of direction. And when you know how the story ends, it’s a lot easier to work your way back to the beginning and map out all the steps you need to go through before getting to where you want to go.

Today’s episode is dedicated to all entrepreneurs out there who are feeling a bit stuck. I hope this trick will help you get moving again!

Start at the End and Work Your Back

To be clear, you can do this with any movie, even ones you’ve seen a bunch of times. Watch the last 20-30 minutes of a film and when it ends, play it back.

As you’re watching, you’ll understand clearly how each moment drives the story forward to its inevitable end.

Feel free to do it a bunch of times. You can even try out different genres!

After that, do the exact same thing, only apply it to the business you’re trying to build. And the great thing about this method is – you already know how your movie ends.

“You know what you want. You just have to work in reverse.” – Eric Beer

Just focus on what it is that you’re trying to accomplish and slowly work your way back. Start with the destination and take one step back. And then another… And another… All the way up to where you are now.

As soon as you’re done, you’ll have a complete roadmap in front of you – everything you need to get to where you want to go.

You’ll see right away that each step can be broken down into the tiniest goals.

After that, only one question remains. Are you ready to get started?

In some situations, you might feel like there’s a missing link. As if, for some reason, you can’t connect the “before” and “after” in the story.

Whenever you find yourself drawing this kind of a blank, here’s what you should do.

Find a person in your field who is already where you want to be, and then try to remap their entire journey.

Look at some of their earlier work, dig deep into their bio, and try to recreate THEIR roadmap so that you can find the stuff you’re missing.

There’s one more reason why this exercise is so great.

By analyzing the success stories of others, you won’t just learn the things you SHOULD do. You’ll also learn a bunch of stuff you SHOULDN’T do.

Everybody makes mistakes, and most often, people who are successful at what they do have made many. One of the keys to their success is they managed to stick it out through thick and thin – and kept on going!

It just so happens one of the keys to YOUR success lies in not repeating those same mistakes. It’s an advantage you simply have to take!

Thank you for tuning in for this week’s episode of the Performance Marketer!

I urge you to give this method a go and if you do, let me know what your results were.

And if you feel stuck working your way back from the end of your story, reach out to me directly, and I’ll do my best to help you get going again.

Once again, a friendly reminder for all of you to join my SurveyDetective VIP waitlist to stay updated.

0:00
What's up, everybody? Eric Beer here and welcome to the Performance Marketer Podcast. Today, we are going to ask ourselves a question. And the question is "What does starting a business have in common with watching a movie in reverse?" So listen to the intro, and then I'll give you the answer when we get back.

I spent the last 17 years building my eight-figure performance business without using any of my own money, working with some of the most brilliant direct response marketers in the world today. Now I'm looking for entrepreneurs to join my affiliate army, built on ethics, transparency, and good old hard work. Join me to change the perception of how people view the greatest business in the world, affiliate marketing, and follow along, as I learn, apply, and share performance marketing strategies for working with some of the brightest people on the planet. My name is Eric Beer, and welcome to the Performance Marketer Podcast.

Would you like to learn how I built my business using other people's money? If so, go join my 21-day challenge at performancemarketersecrets.com. I look forward to meeting you and welcome you into my family. And remember, results don't lie, but the people who don't have any tier. Thanks for listening!