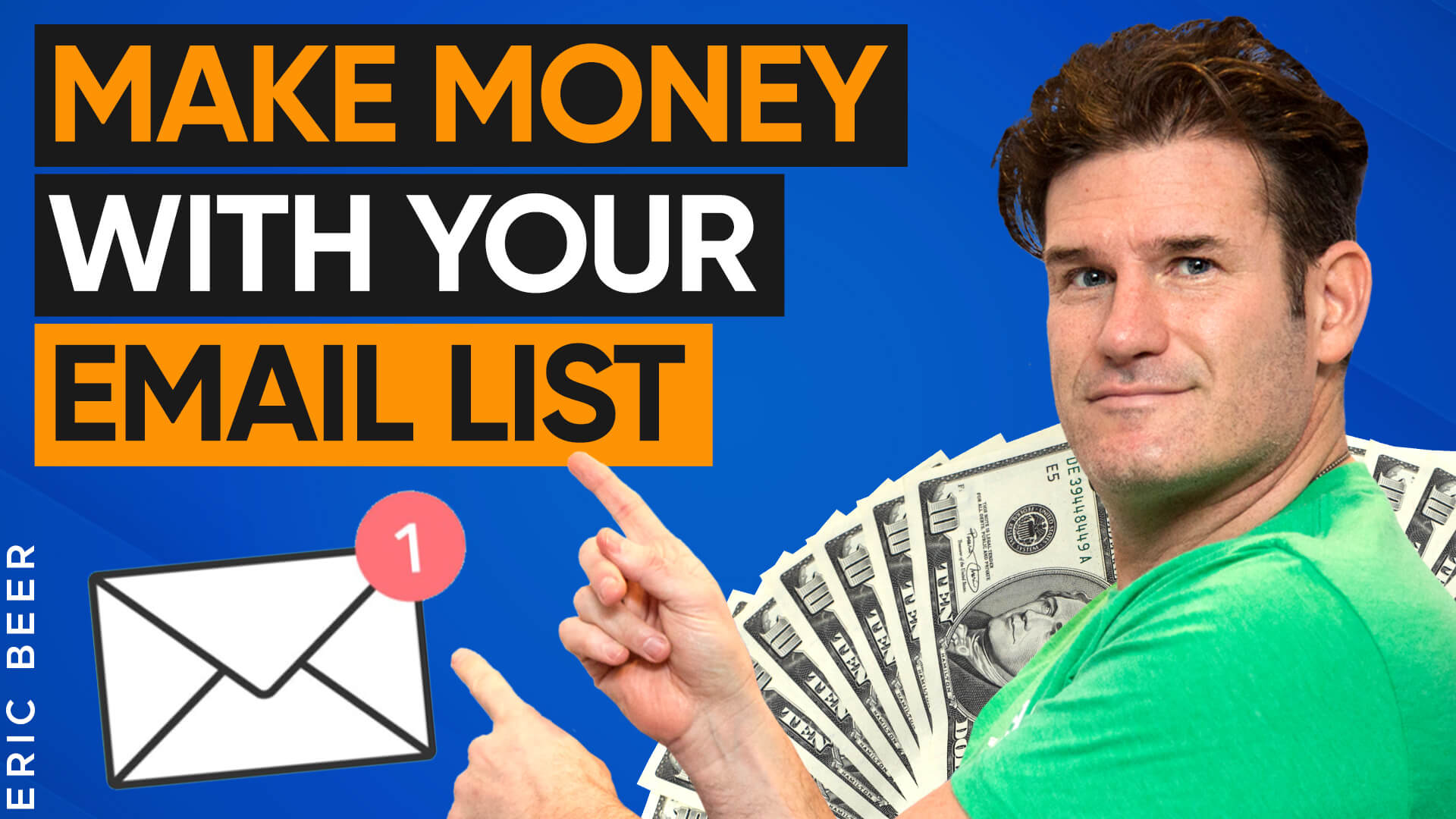 Making money with your email list is a dream scenario for any online business.

Remember how, in the previous episode, I talked about the many benefits of owning traffic?

Well, THIS is how you make the most of it!

Before we go any further, I’d like to take a second here and point out some pretty outrageous misconceptions about email marketing.

People often have certain reservations about reaching out to their list. They fear that they’ll come off as “spammy” and overwhelm their audience with offers.

But that’s not what email marketing is about… Or marketing in general, for that matter!

So today, I’m going to explain the best strategy for making money with your email list WITHOUT having to worry about people unsubscribing.

Ready for another quick-fire marketing essential? Let’s do this!

How to Monetize Your Returning Users

Once you’ve created a list, you are now in a rare position of power. Unlike many struggling businesses out there, you can take pride in the fact you own your traffic.

But creating traffic is just the first step. To capitalize on your efforts, you need to learn how to monetize your list correctly. That is to say, WITHOUT alienating your audience.

There are two words you need to keep in mind before reaching out to your email list – respect and value.

“You gotta treat your email list with respect.” – Eric Beer

Whatever you do, you need to have your audience’s best interests at heart. Build a relationship with them. Treat them like friends, like family. Respect is crucial for keeping those doors open.

Aside from not spamming them with offers they don’t care about, you also need to make sure you’re giving them plenty of things they DO care about.

Providing your audience with value goes beyond a good deal. It could be education, engaging content, all of the above, or something else entirely.

Respecting your list while providing lots of value is the basic formula to email marketing success. Give to your audience generously, and they’ll be sure to return the favor.

The Key to Having a Successful Lead Gen Business

Good business is good for everyone involved.

When you’re starting a lead gen business from scratch, it’s your job to make sure everyone is happy. And the reward for taking on that responsibility is you get to leverage other people’s assets to make money.

But for it to work, it HAS to be a win-win-win. At the end of the day, the only way you get paid is if you can create value across the board.

Let this be your mantra every step of the way.

“Everybody needs to win.” – Eric Beer

Those who want out – let them. Trying to force a deal on someone who couldn’t care less about it is just wasted energy.

Focus on those who are there, who are interested, and in doing so, you’ll have a great shot at creating something really special.

Thanks for tuning in, folks!

I hope you find these little heart-to-hearts from the golf course helpful. Next week, we’ll be completing the arc with an episode about email drip campaigns.

A quick reminder before you go to sign up for my SurveyDetective VIP waitlist for more Performance Marketer content.

0:00
The whole idea is, you send them to your sites, and you control them. You control the traffic. And now you have the ability to do that every single day. You just have to be upfront with the users on what they're signing up for, why they're here, and they have to say, "Yeah, I want it! I want to do that! That sounds awesome!"