Fast Track Your Success By Learning Through My Failure
16197
post-template-default,single,single-post,postid-16197,single-format-standard,bridge-core-2.9.8,qode-page-transition-enabled,ajax_fade,page_not_loaded,,hide_top_bar_on_mobile_header,qode-child-theme-ver-1.0.0,qode-theme-ver-28.8,qode-theme-bridge,qode_header_in_grid,wpb-js-composer js-comp-ver-6.7.0,vc_responsive

Fast Track Your Success By Learning Through My Failure 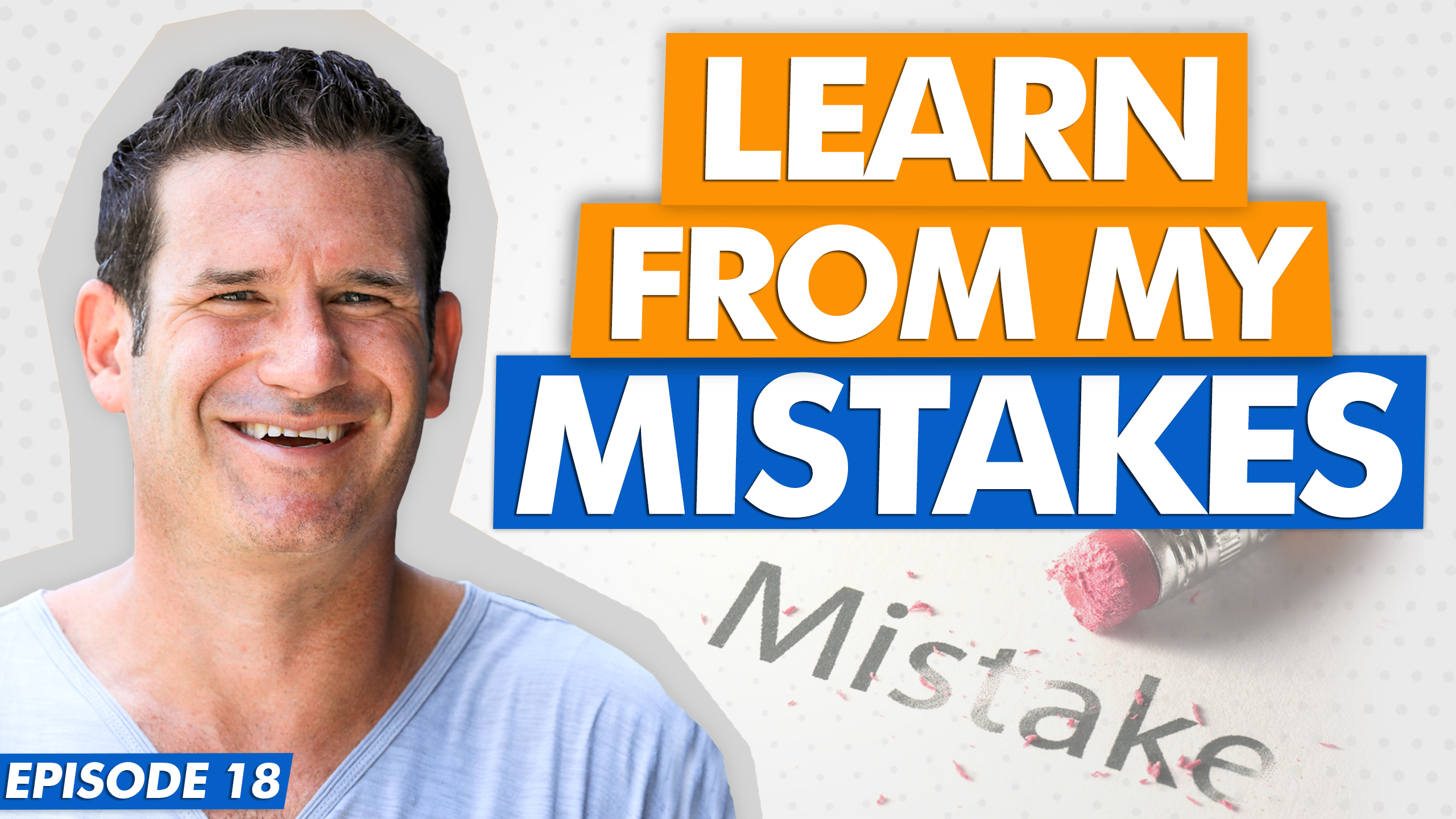 05 Mar Fast Track Your Success By Learning Through My Failure

Today, I’m going to do a deep dive into the topic of failure. And believe me, when I say, I know a thing or two about it. Throughout my career, I’ve had to suffer my fair share of failure. As did anyone who ever succeeded at anything.

Dealing with failure is not something that we’re naturally good at. Common responses to it include anger, frustration, disappointment, anxiety, and at times, even depression. We fall victim to our own limited perspectives. That is why, in order to boost the rate of your development, you first have to learn to accept failure for what it actually is – a tool that you can use in order to achieve your success.

“Failure is going to happen. Accept it and learn from it.” – Eric Beer

You will never be able to achieve meaningful success on your first try. In getting where you want to go, failure will unavoidably be a part of it, in some shape or form. It’s essential because it plays a key role in learning, growth, and development by providing you feedback and forcing you to try again and adjust your approach.

Not letting failure dampen your spirits is another thing that you need to practice. Still, reframing your understanding of the concept will allow you to see it for what it can actually offer – a potential to learn, grow and fail better next time.

My Story of Succeeding Through Failure

All of the success I’ve had in the performance marketing industry is a direct result of everything I’ve gained through failure. Back in the day, when I was trying to start my own internet business I was really struggling. Just thinking about it is giving me the chills. I had borrowed $50,000 from my dad with the full intention of paying him back. But as time passed by, instead of investing that money into my business – I was using it to make ends meet.

I was determined to keep my business a side hustle but that affected my focus and productivity at my day job. With no one to coach me or show me the way and a family to take care of, I burnt through all of the money that I borrowed just to pay the bills. It was a complete and utter failure.

“I failed when I first started. But that didn’t stop me from doing it again.” – Eric Beer

Since I spent all the money I got from my dad, I decided to get a job at a student loan company. Even though I couldn’t tell at the time, it turned out to be a step forward because I was surrounded by some really smart people who taught me a lot about business. Whether they meant to or not.

My next attempt at starting my own company was an entirely different story. Powered by all the new knowledge, skills, and insights I’ve gathered from my bosses and colleagues I was able to start a consulting business. And within that first month, I was getting more calls than I could handle!

I was making really good money but I was really annoyed that all of the work I did wasn’t helping me build my business – I was helping others build their dreams. And as soon as I realized that, I pivoted to JV and affiliate marketing. By changing my strategy, I was able to get my business to the next level by making only two deals.

Failing Yet Again, Only This Time – Better

Still, there’s a catch about good affiliate offers – they all have an expiration date. And when those two deals ended, I no longer had money coming in. So yes, yet another failure. But in it lies another lesson you can take away from my story. Even though I failed, I was not back to square one.

It took me a while to realize it myself. My stomach was turning each time I would think about where my next paycheck would come from. And then I did the math. It would have taken me years to make what I made in just a few months as an entrepreneur if I were still working at my old job. That thought alone allowed me to take a big breath, pull myself together and start grinding again.

I went hard at trying to build my email business, only now I had more knowledge, skill, and experience than ever. All of it allowed me to get my business to where it is today. And all of it was built on failure.

The Benefits of Learning From Other People’s Mistakes

One of the most important lessons that I’ve learned about failure is also the thing that allows me to fast-track my success. For quite some time now, I haven’t been solely relying on learning from my own mistakes to improve my career. I also actively seek out the mistakes of others and learn from their stories as well.

Today, I’m at a point in my life where I can afford to spend $100,000 on coaching and self-education. And I don’t need to – I choose to! I know that surrounding myself with people who are at the top of their industry is going to get me to the next stage a lot quicker. I invest in not having to go through the same mistakes they did.

I share my story of failure because it reflects on all aspects of my business even today. For example, my latest project is called SurveyDetective. It’s a platform that helps entrepreneurs create survey funnels and convert cold leads, even if they have zero tech skills. And a quick side note – we’re preparing for a launch this April, and if you’d like to learn more about it, click here!

Now, in order for me to create an extensive platform that helps people create amazing surveys with ease, can you imagine how many times I’ve had to fail? But through those failures, I figured out what makes the process so difficult and now I’m bringing a product that will change the game. So yes, I’ve failed many times. And now, I’m capable of creating something that will allow others to skip more than a few steps on their way to success. That is the power of failure.

0:00
I failed when I first started. But that didn't stop me from doing it again. And if I failed the second time, I have no doubt in my mind, I would have tried it again and again and again. And I still take that approach today. And when I'm trying to learn things, I am trying to find somebody that has already found success with what they do.

0:20
I spent the last 17 years building my eight-figure performance business without using any of my own money, working with some of the most brilliant direct response marketers in the world today. Now I'm looking for entrepreneurs to join my affiliate army, built on ethics, transparency, and good old hard work. Join me to change the perception of how people view the greatest business in the world affiliate marketing, and follow along, as I learn, apply and share performance marketing strategies for working with some of the brightest people on the planet. My name is Eric Beer, and welcome to the Performance Marketer Podcast.

28:07
Would you like to learn how I built my business using other people's money? If so, go join my 21-day challenge at performancemarketersecrets.com. I look forward to meeting you and welcome you into my family. And remember, results don't lie, but the people who don't have any tier. Thanks for listening.