Everybody’s Human: A Message That Every Entrepreneur Should Keep Close to Heart
16633
post-template-default,single,single-post,postid-16633,single-format-standard,bridge-core-2.9.8,qode-page-transition-enabled,ajax_fade,page_not_loaded,,hide_top_bar_on_mobile_header,qode-child-theme-ver-1.0.0,qode-theme-ver-28.8,qode-theme-bridge,qode_header_in_grid,wpb-js-composer js-comp-ver-6.7.0,vc_responsive

Everybody’s Human: A Message That Every Entrepreneur Should Keep Close to Heart 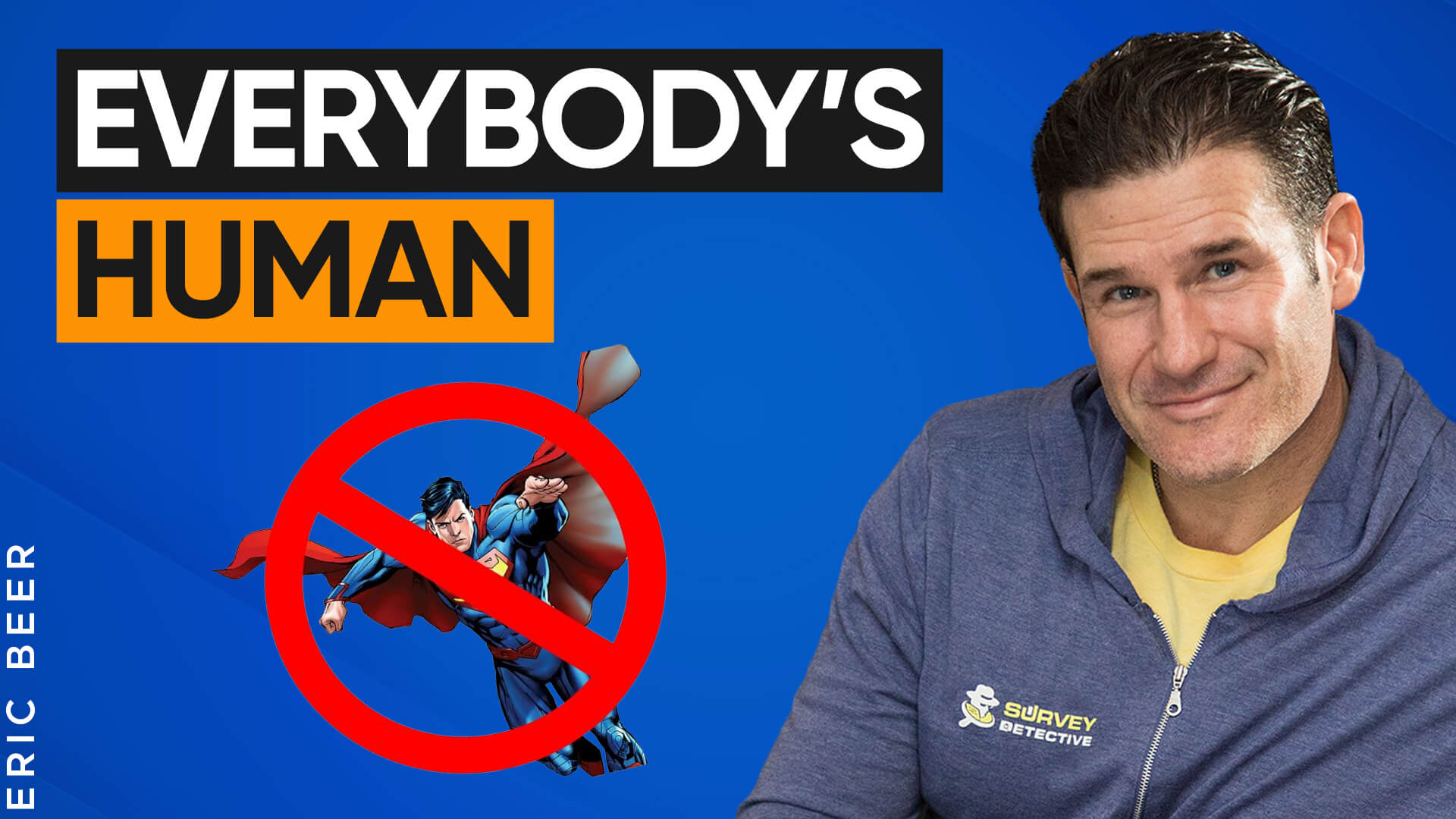 01 Jul Everybody’s Human: A Message That Every Entrepreneur Should Keep Close to Heart

Posted at 13:00h in Podcast by Eric Beer
Share

I haven’t taken a business trip in what felt like ages. But recently, I went up to Boise for this event, and it was exactly what I needed.

I attended a Russell Brunson event, and I witnessed something that inspired me to do this episode.

The seminar was great. I was locked up in my own house for so long, working all day, and I needed something to break out of that routine.

Not only did it provide me with a reset I desperately needed, but it was such a relief to see that other people were going through the same things I was. And in that, I found a great sense of camaraderie and belonging. Still, it’s not exactly what I wanted to talk to you about today.

At one point, we were all asked to share our thoughts and impressions. And this lady came up to the microphone and started crying. But when she explained what she felt – it was super clear to me.

It’s something I experienced a long time ago, but a lesson I still keep very close to my heart. A message I turn to whenever self-doubt starts to show its ugly face.

Today, I’m going to share some of my deepest thoughts on this subject, and I hope my words find you well.

The Benefits of Spending Time With People You Look Up to

People say you shouldn’t meet your heroes, but I’m afraid I have to disagree. There’s this idea that if you get to know them, you’ll learn they’re not who you thought they were and get disappointed.

Even if that were the case, I still think it’s a good thing.

Looking at successful people from afar creates a skewed image. You’re only getting a select group of bits and pieces from their life. Usually, those where they’re looking confident and doing what they’re best at.

This is why people sometimes create the impression that business leaders are superheroes. But if you were to look closer and scratch behind the surface, you’d learn the powerful truth. You’d see they were very much human, just like yourself.

Why is this so important?

Idolizing people you know very little about can be very bad for you in more ways than one. For starters, you’re overestimating their abilities and missing the point on why they are successful.

Still, that’s not the worst part. It’s also creating an unrealistic standard for the way you measure success. And in doing so, you’re nurturing a less-than mindset, which is a factory for excuses.

“They did it because they’re special – I’m not…”

And that’s just not true. The furthest thing from it…

Why It’s Important to Remember That Everybody Is Human

Seeing this lady standing in front of us crying shook me. We get so caught up in our own stuff; we forget others are dealing with theirs too.

She explained she was crying because she couldn’t believe how normal everyone was. She’d been watching clips of Russell on YouTube for a very long time but never quite got the courage to start her own business.

But meeting him in person, along with some other people she’d idolized, helped her break mental barriers about herself. About what she was capable of doing.

When I was young, I played baseball at a very high level. At 17, I got called up for the Junior Olimpic team. I was a part of a select group of 64 players gathered from all over the US. And we were all competing for our spot on the team.

We were all terrified.

I didn’t know him at the time, but one of the players was Alex Rodrigues, better known as A-Rod. He’d already gotten a pro contract, and even then, the signs were there. You could tell he was going to make it big. But he was scared too, just like the rest of us.

We all get scared; we all deal with insecurities. And when you understand this, the mental barriers start falling off, and you realize what it takes.

“Most things in life are teachable.” – Eric Beer

Experts became experts because they kept doing the work despite those fears. And anybody can do this.

The only thing in your way is you. Move!

Thank you for joining me for this week’s episode.

Eric Beer 0:00
Everybody's human. And everybody has the same insecurities that you do. Everybody has the same fears as you do. They just may be a little bit further out from where you are today on whatever it is that they're focused on. And I will tell you that the simple way to do it is you just have to keep doing, you have to realize that if you keep doing every single day, it will get better and better.

I spent the last 17 years building my eight-figure performance business without using any of my own money, working with some of the most brilliant direct response marketers in the world today. Now I'm looking for entrepreneurs to join my affiliate army, built on ethics, transparency, and good old hard work. Join me to change the perception of how people view the greatest business in the world, affiliate marketing, and follow along, as I learn, apply, and share performance marketing strategies, working with some of the brightest people on the planet. My name is Eric Beer, and welcome to the Performance Marketer Podcast. Alright guys, what's up Eric Beer here.