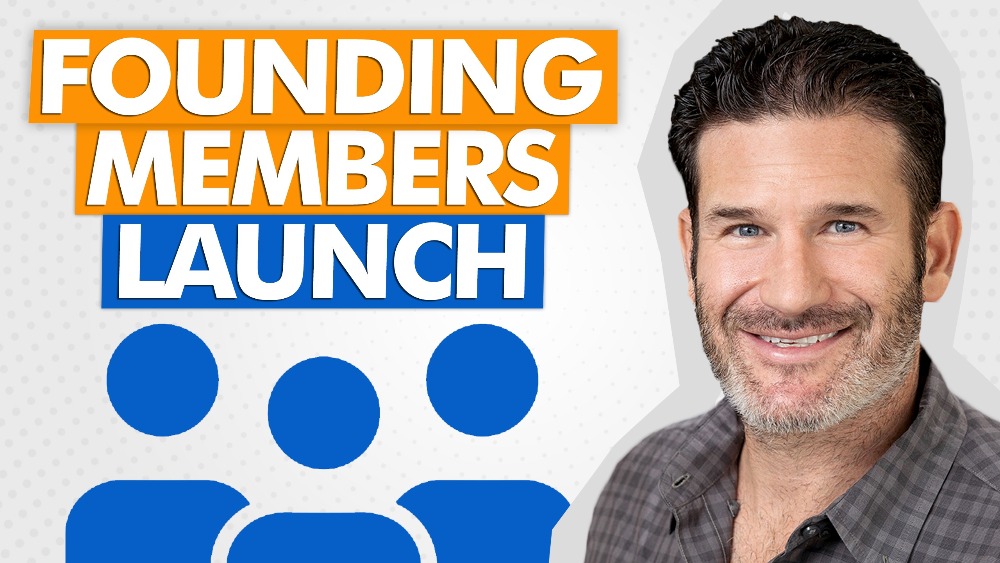 We’re still in quarantine mode, and the updates I’ve been getting from friends across the industry got me thinking.

Some businesses are experiencing record lows, something you’d expect when the whole world is in full-on crisis mode. But still, at the same time, a significant number of companies are actually thriving.

How are these businesses prospering when others are struggling to keep the lights on? What is the one thing that all of these companies have in common?

“The number one most valuable thing in your business is your customer list.” – Eric Beer

Building your list has been a very frequent topic on my podcast. I’ve spoken about it passionately because I genuinely believe that it is a cornerstone of any successful business. At least those that are in it for the long haul.

But even though it’s massively important, lots of people find it challenging. And I’ve decided to do something about it.

Today, I’m going to share news about a new Email List Building Club I’m launching and what I intend to accomplish in doing so.

People Need Help Building Their Lists – How Did I Not See It Before?

Recently, I’ve been getting an incredible amount of inquiries about best practices for building your list. And the fact that so many people needed help with this came as quite a surprise.

The idea that so many people would need and want help with list building was something that I’ve been continuously overlooking. Probably because I’ve been doing it for so long and had so much success with it that it’s become second nature to me. It didn’t cross my mind that it could be a barrier for a lot of folks.

Looking back on it now, this has been a clear case of what people refer to as the Genius Paradox. It’s a phenomenon where we’re more likely to discredit the things we’re really good at, purely because they come very easy to us. But just because something isn’t a big deal to you, doesn’t necessarily mean that others see it that way too.

Over the course of my career as a performance marketer, building lists has been my bread and butter. It’s where I’m at my most comfortable. With over 20 years of experience and 15 million emails gathered, I can tell you that what I do works.

I can also tell you that if people did what I do, it would work for them as well. And I’m determined to prove this is true.

A couple of episodes ago, I had the pleasure of talking to Stu McLaren, which helped me shape and structure my intentions. I’ve come to realize that the best way to help people overcome the challenges of list building is by guiding them directly.

That is why I’ve decided to start a club – the Performance Marketer List Building Club.

Why Should You Become a Founding Member?

Starting today, I will be holding a Founding Members Launch. It’s going to be open until next Tuesday, [11:59] PM PST. It’s a very short window, so make sure you check it out as soon as you can.

I will be developing the project on the go, which is what makes it particularly attractive. People who sign up first will play a huge role in how it all pans out in the end.

The role of a founding member comes with a unique set of privileges. For starters, the price of their membership will never change for as long as they’re active members of the club.

Furthermore, they’ll gain access to the current version of my platform SurveyDetective months before it’s open for the public.

Once you join, you’ll need to set clear goals for your list, and I’ll use all of my knowledge and expertise to help you achieve them.

However, the training doesn’t stop with you building your list. I’m also going to show you what to do with the leads you gather, how to nurture them, and finally, how to convert them into customers.

Are you ready to become a performance marketer?

0:00
What's up Performance Marketer Nation? How are you guys? Coming to you from Quarantine Nation! Yep, we're all still stuck in our house. But today I'm going to talk about something that is near and dear to my heart, which is the ability to have a bulletproof vest, no matter what happens in the world, any recession, or if you're quarantined in your house. I'm going to talk about the one thing that all of the people that are having success online, have in common. So stand by and listen up.

I spent the last 17 years building my eight-figure performance business without using any of my own money, working with some of the most brilliant direct response marketers in the world today. Now I'm looking for entrepreneurs to join my affiliate army, built on ethics, transparency, good old hard work. Join me to change the perception of how people view the greatest business in the world, affiliate marketing, and follow along, as I learn, apply, and share performance marketing strategies, working with some of the brightest people on the planet. My name is Eric Beer, and welcome to the Performance Marketer Podcast.