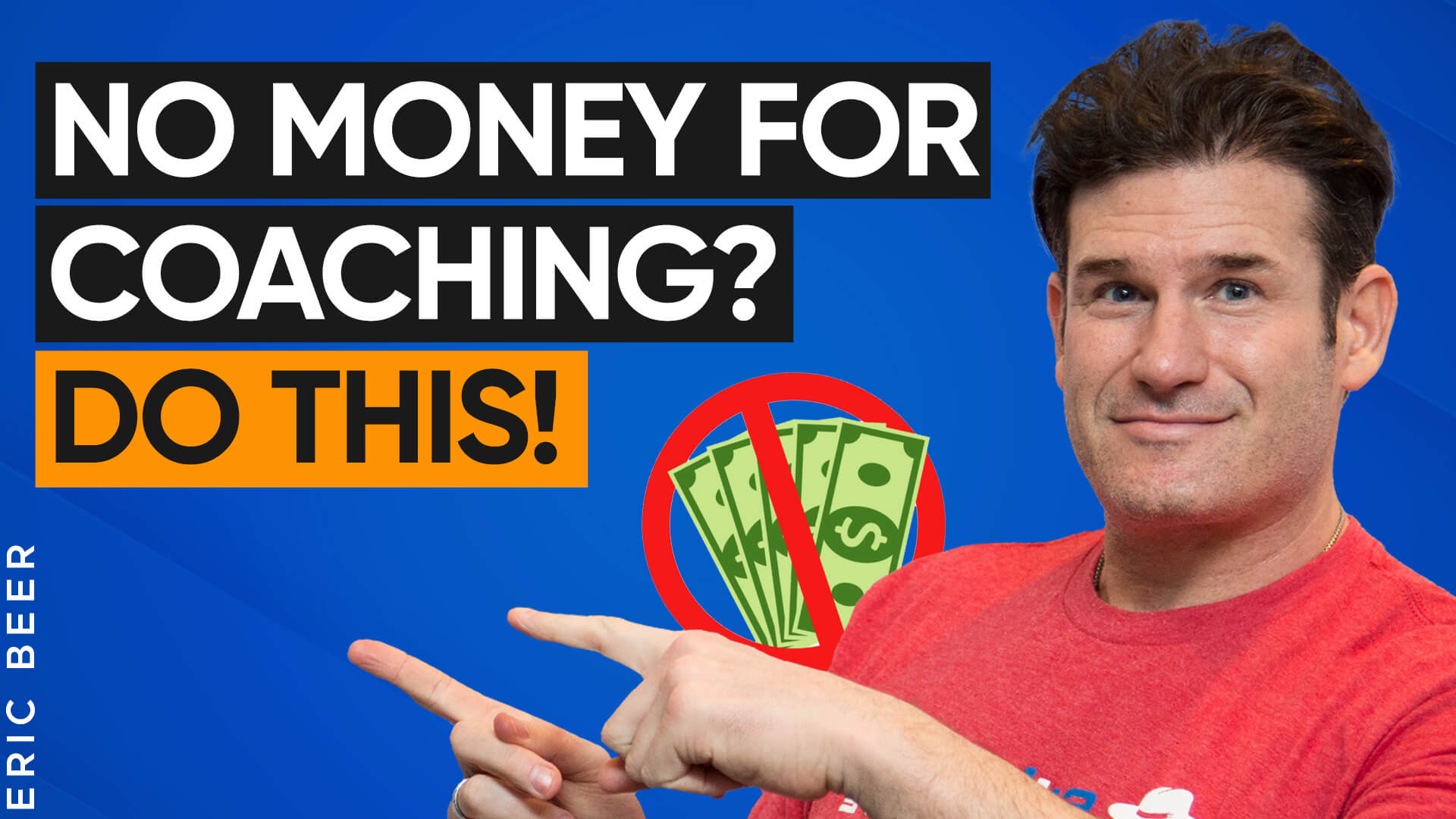 My favorite way to start my week is to get a strong dose of motivation. How do I do it? It’s simple…

Coaching is a great way to fast-track your success. Still, I often hear people saying they just don’t have money for it.

And I get that… Even though it’s a great investment, I understand it can be tough to set aside $5k or $25 for it. But in that case – just do what I do on Monday mornings!

So what do I mean by watching greatness? Modeling your success doesn’t end with companies. There’s plenty of people out there who’ve already done what you’re looking to achieve.

If you listen carefully to what they say, you’ll discover some of the biggest secrets of success – free of charge!

I find myself drawn to athletes and listening to their stories. Recently I watched the 2021 Pro Football Hall of Fame induction ceremony. Some of the best NFL players of all time gave inspiring speeches, and I was so moved by their words I decided to dedicate this week’s show to it!

In this episode, I’m going to be breaking down their amazing quotes about success, overcoming adversity, self-respect, legacy, and many other precious lessons.

I hope their words inspire you as much as they’ve inspired me.

Calvin Johnson on Excellence and Dealing With Adversity

Calvin Johnson is one of the greatest wide receivers ever to play football. This year he was inducted into the NFL Hall of Fame, and rightfully so.

There were two huge themes in his speech that I wanted to point out.

The first one is overcoming adversity and dealing with pain.

“My journey through the pain began to reshape my view of the world. It gave me more empathy and understanding for those who suffer and deal with pain on a daily basis.” – Calvin Johnson

Pain is a part of life, and learning to deal with it is essential to success. How we respond to it shapes us as people, and with the right approach, it can lead us to become better and more resilient.

Calvin used this opportunity to empathize with those who are hurting and offer a few words of encouragement. This was also a powerful setup for the second part of his speech: his views on achieving excellence.

His quote about excellence carries a wonderful sentiment, but it can also be taken as a warning to prevent people from wasting their potential.

Our predispositions and talents are just one small part of becoming successful. The other, much more important bit is taking action and putting in the work.

Listening to Jimmy Johnson was particularly interesting to me because of his age. A renowned coach with years of experience is currently 78 years old, and I was itching to hear what keeps him motivated and going.

His speech was centered around the concept of QTL or Quality Time Left.

Striving for greatness is something we all admire. And we frequently dive deep into our careers in search of it.

But is greatness ALL that matters? Hardly…

Coach Johnson is speaking to us from a point in life we’re all heading towards. And in all his wisdom and greatness, he urges us not to throw away the quality time we have left.

There are lots of athletes whose backstories are fueled by overcoming adversity. Logically, when they look back on their career, those are the moments they attribute to their success.

Peyton Manning had a different trajectory. Even though he met hardships in his career, adversity wasn’t the main component of his journey.

I also think that made his speech unique because it was more aimed at the future and not the past. He spoke about greatness as a responsibility and broke down the concept of legacy in a way that made my jaw drop!

“A legacy is only worthwhile when there is a future to fuel.” – Peyton Manning

The great things you achieve need to serve those who come after. If that’s not the case, your legacy will be empty and wither away quickly.

I hope you take these lessons to heart and build a legacy that fuels the future!

I broke down more powerful quotes from other speeches in the full episode, so be sure to check it out here!

Thanks for joining us for this week’s episode.

I spent the last 17 years building my eight-figure performance business without using any of my own money, working with some of the most brilliant direct response marketers in the world today. Now I'm looking for entrepreneurs to join my affiliate army built on ethics, transparency, and good old hard work. Join me to change the perception of how people view the greatest business in the world, affiliate marketing, and follow along, as I learn, apply, and share performance marketing strategies, working with some of the brightest people on the planet. My name is Eric Beer, and welcome to the Performance Marketer Podcast.

Would you like to learn how I built my business using other people's money? If so, then go join my 21-day challenge at performancemarketersecret.com. I look forward to meeting you and welcome you into my family. And remember, results don't lie, but the people who don't have any tier. Thanks for listening.