6 Tips You Need to Know to Set Up AMAZING Lead Gen Deals With Your Affiliates (CPL/CPA)
16532
post-template-default,single,single-post,postid-16532,single-format-standard,bridge-core-2.9.8,qode-page-transition-enabled,ajax_fade,page_not_loaded,,hide_top_bar_on_mobile_header,qode-child-theme-ver-1.0.0,qode-theme-ver-28.8,qode-theme-bridge,qode_header_in_grid,wpb-js-composer js-comp-ver-6.7.0,vc_responsive 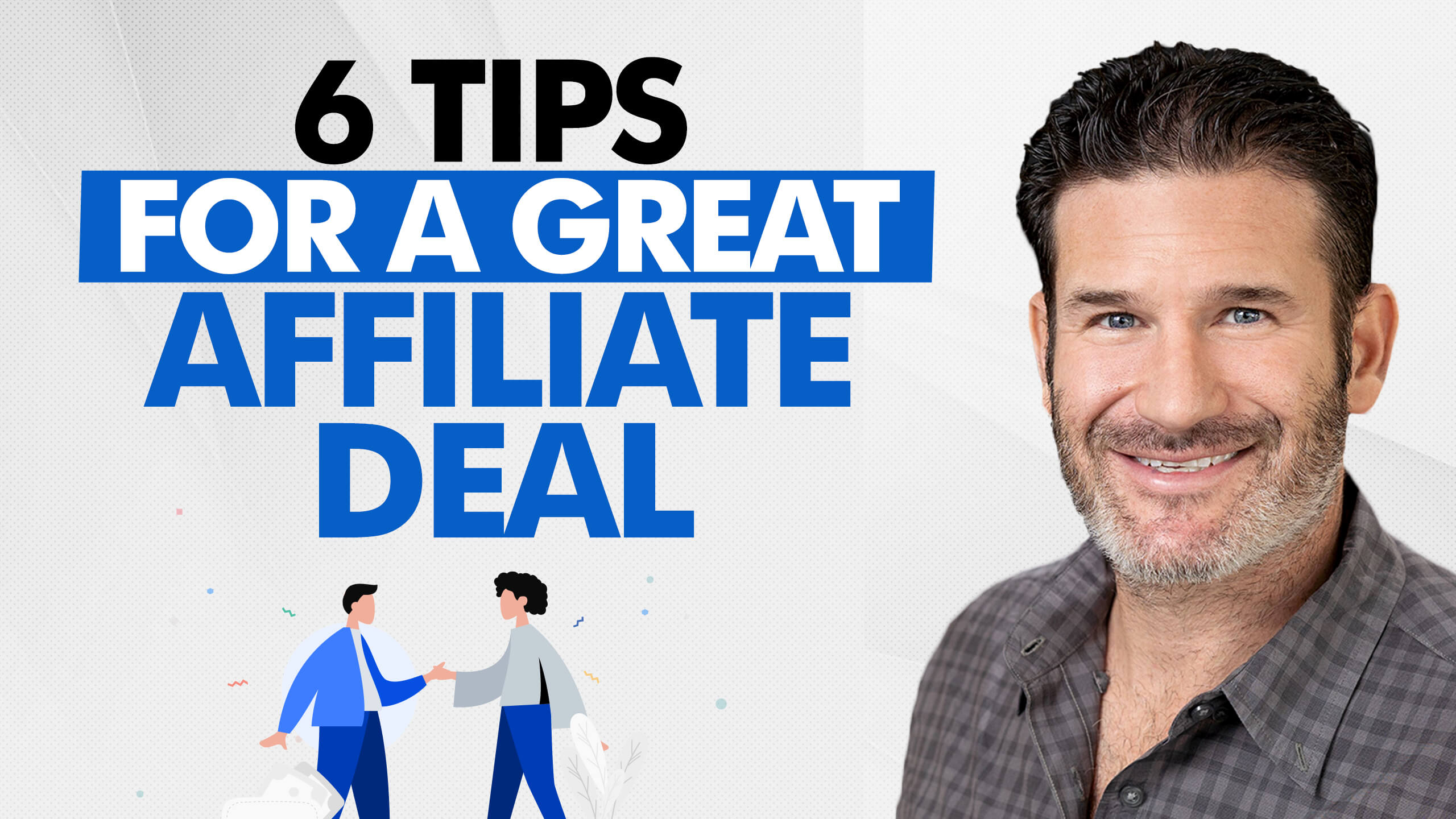 Wouldn’t it be great if you could set up a lead gen deal where you pay ONLY when you get results?

Last week on the podcast, I shared my framework, which showed how you can start a lead gen business without spending ANY of your own money.

If you recall, for this to work, we need three players willing to play the game: the Advertiser, the Affiliate, and YOU!

Today, I’m going to focus on exploring your relationship with “the Affiliate” (aka, “the Publisher”) – the person who will be supplying the leads for your deal.

I’m going to share with you six tips for creating AMAZING lead gen deals with your affiliates, including one essential tip that will help you stand out from the crowd!

Exciting, right? Well, that’s not all!

If you listen through to the end, you’ll get some bonus tips as well that should really help you hit the ground running.

Get ready, Performance Marketers! You’re in for a treat!

When you’re just starting out, winning people over can be a challenge. So if you want people to consider working with you, you need to bring them something that will show them your deal has merit.

You need to bring them a converting offer.

Essentially, you need to provide evidence that your offer will work. You can do so by sharing the results of other publishers who have similar audiences or traffic sources.

And when it comes to showing them data – show them everything!

Conversion rates, earnings… Everything! In doing so, you’ll be gaining credibility, and you’ll have a much better chance of convincing them to promote your offer on a performance basis.

“You gotta know ALL the offers in the marketplace.” – Eric Beer

You need to know who is promoting in your market today. Analyze your competition and study the landscape.

Learning about their practices and offers will also help you adjust and optimize your own.

If you can prove that your offer towers over others, people will be dying to work with you!

Performance marketing is all about making the numbers work in your favor. And to make it happen, you need to know WHAT numbers to look at.

Here’s a quick overview of some of the most important metrics we’ll be referring to today and in future episodes.

Get familiar with these terms ASAP because they will help you communicate better with your affiliates. By knowing your metrics, you’ll be able to explain EXACTLY how you’re going to help them make money.

There are two key factors you need to get as much info on as you possibly can.

First, you need to gather intel on your affiliate’s audience. Aim to learn as much about their characteristics as it will make a huge difference when you’re preparing your deal.

Secondly, you need to understand your affiliate’s needs. You need to get acquainted with how they’re running their business. What metrics do THEY care about? How are THEY making money?

There are certain advantages to using affiliate networks early on as you’re trying to get offers quickly.

Number one – it’s quick. Affiliate networks have tons of people who’d be willing to promote your offer to their network.

It’s also a great way to learn about lead gen. You can gain valuable insights about your competitors, the market, best practices, etc.

However, there is a downside. Using affiliate networks means you’re also letting go of control because you’re no longer in charge of who’s promoting your offer.

It’s not something you should really concern yourself with in the beginning, but as soon as you can afford to – go direct.

That’s what’s going to help you separate yourself from the pack, level up your business, and unlock unbelievable opportunities for creating revenue.

TIP #6: Set Up an AOR Deal or Follow My Perfect Survey Method

This one is a two-parter.

After you’ve established your business, my advice is to find and set up an Agency of Record deal as quickly as possible.

An AOR deal means you have an exclusive agreement with the Advertiser, which states you’re the only one who can promote that offer.

Here’s why this is so huge for your business.

If your offer works, you’ll no longer have to look for affiliates to promote your offer – they’ll be the ones reaching out to you.

In the lead generation world, this is a game-changer like no other. There’s not a single tool or method that will help you grow your business better than surveys.

It all comes down to building surveys IN FRONT of your offers. You’re going to create a survey that sparks curiosity, gets people involved, and on the back-end, you’re going to promote your offer.

Why is this so essential? What makes creating surveys a pivotal moment for your business?

It’s because it allows you to capture data and build your list.

Building your list is a crucial component for the success of ANY business. Owning a list means you’re no longer condemned to buying traffic – you can create your own!

Furthermore, in lead gen terms, surveys can help you drastically cut down your CPL. In some cases, I’ve been paying as low as $0.25 per lead – all thanks to surveys.

Yes, surveys truly are a game-changer, and you can expect a lot more info on my Perfect Survey Method in episodes to come.

We’re not done yet! Be sure to watch the full episode and get the bonus tips as well!

Thank you for tuning into this week’s episode of the Performance Marketer.

Take care, and I will see you next week!

0:00
What's up Performance Marketers? My name is Eric Beer, I want to welcome you to my Performance Marketer Podcast. So the question for today is, do you want free traffic? Do you only want to pay for traffic when you get a lead or sale? If you do, then you're in luck! Because today, I'm going to share with you the 6 tips you need to know when you want to go out to the marketplace, and get free traffic from affiliates and publishers. And including one tip that's going to separate you from all of your competitors, and make you unique in the marketplace. So stick around, grab a notepad, and let's get started!

I spent the last 17 years building my eight-figure performance business without using any of my own money, working with some of the most brilliant direct response marketers in the world today. Now I'm looking for entrepreneurs to join my affiliate army, built on ethics, transparency, and good old hard work. Join me to change the perception of how people view the greatest business in the world, affiliate marketing, and follow along, as I learn, apply and share performance marketing strategies, working with some of the brightest people on the planet. My name is Eric Beer, and welcome to the Performance Marketer Podcast.

Would you like to learn how I built my business using other people's money? If so, then go join my 21-day challenge at performancemarketersecrets.com. I look forward to meeting you and welcoming you into my family. And remember, results don't lie. But the people who don't have any tier. Thanks for listening.